A massive fire erupted in Benicia Saturday, leaving the area near the port engulfed in black smoke.

BENICIA, Calif. - A four-alarm fire ripped through the port of Benicia on Saturday near the Amports docks, prompting fire crews to race into action and up to 100 spectators to come out and watch the dark plumes of smoke lick the sky.

The fire was reported at 1279 Bayshore Road about 2:30 p.m. There was no immediate word on what caused the fire.

Despite the dramatic scene of the fire, Benicia firefighters said that the wind conditions late afternoon were "favorable." No structures have burned, and there was no health threat to the public, the firefighters said.

Still, it could take days for the fire to burn itself out, according to authorities.

Mario Giuliani, the Deputy City Manager with the City of Benicia said there’s a layer of concrete on top of the dock, which makes it challenging to put this fire out. "It is so difficult to actually access," he said. "And the heat of the fire is such that it will probably burn itself out unless we get low enough tide to get boats in there to extinguish the flames."

The Port of Benicia is located at the head of San Francisco Bay. SSA Marine provides contract stevedoring for auto vessels at the privately operated port. The area is gated with armed security. The pier is used by the Valero-Benicia refinery to offload crude oils and onboard petroleum coke. It’s also used to offload vehicles.

Giuliani said, "What is burning is wood timbers. So there is essentially an oil base over the timbers to prevent any type of erosion from water. Obviously not great but not the same level of hazard that the petroleum coke silos would be."

The orange flames and dark smoke clouds could be seen throughout the East Bay.

Bill Goodyear, who lives nearby, said it's the largest fire he's seen there in 12 years.

He said that a boat at the port had caught on fire earlier and firefighters had put it out. Later, a bigger fire raced through the port, and Goodyear suspected that embers from the first fire must have not all been put out.

About 100 people had come out to see the blaze, but Goodyear said that the police had "shooed them all away."

The strongest winds were expected near San Francisco, with gusts of 60 mph possible in mountains north and east of the city, the National Weather Service said Saturday.

Red flag warnings for elevated fire risk are in effect through 5 p.m. Sunday. 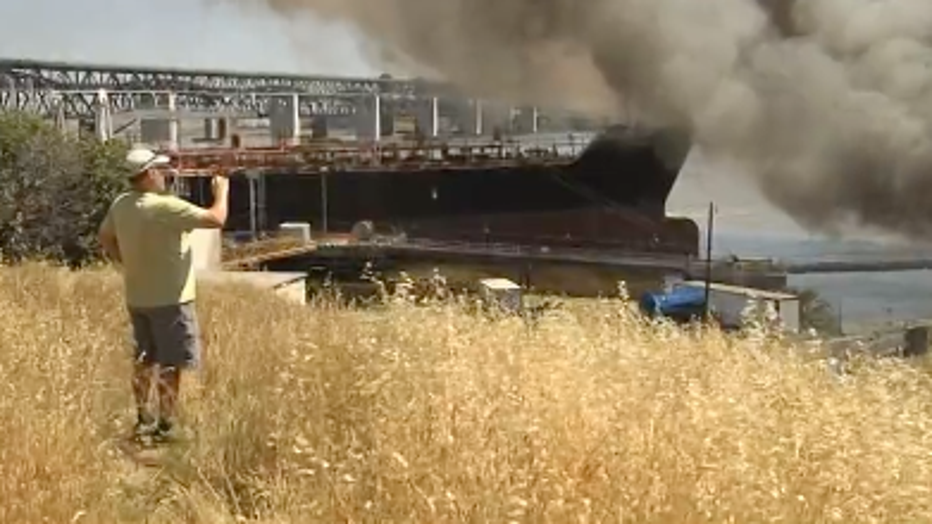 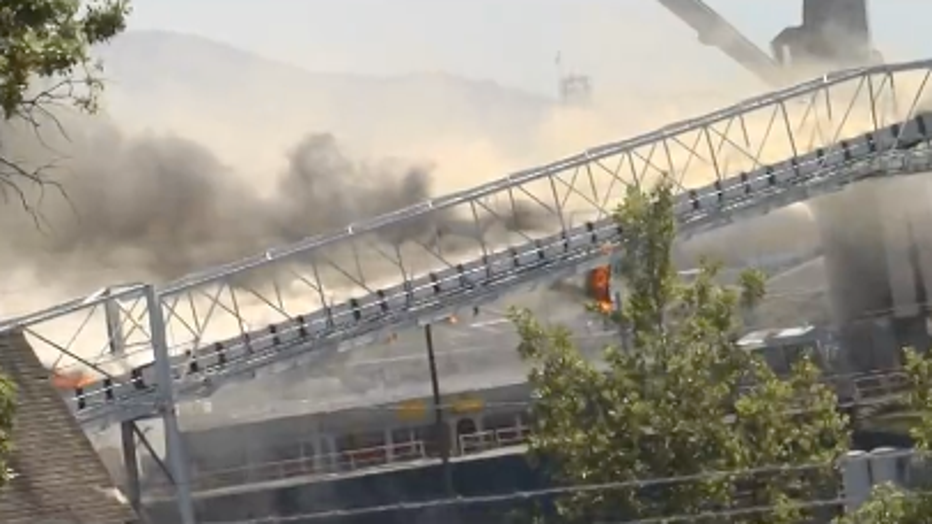 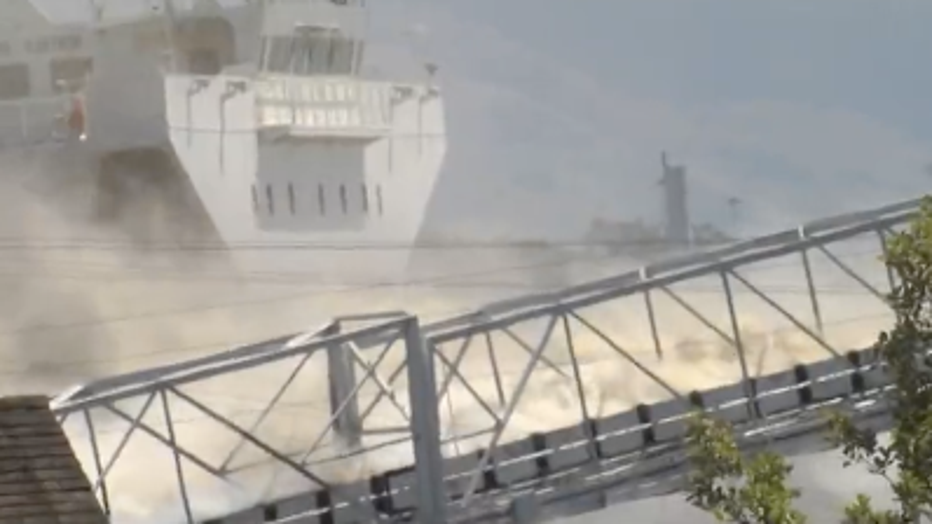 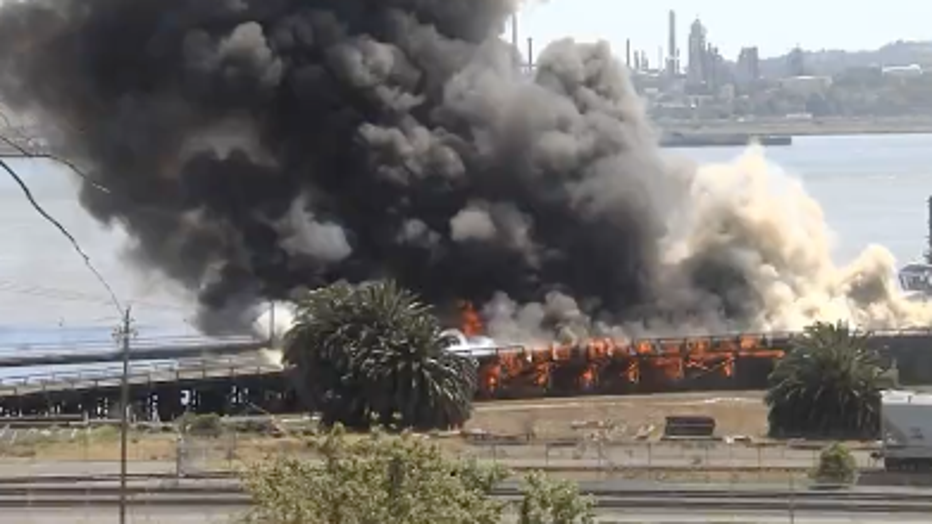 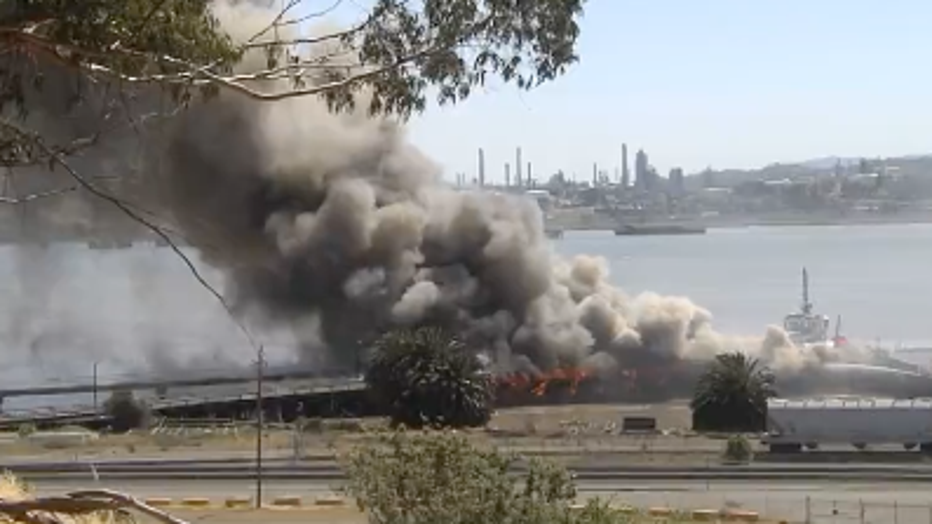 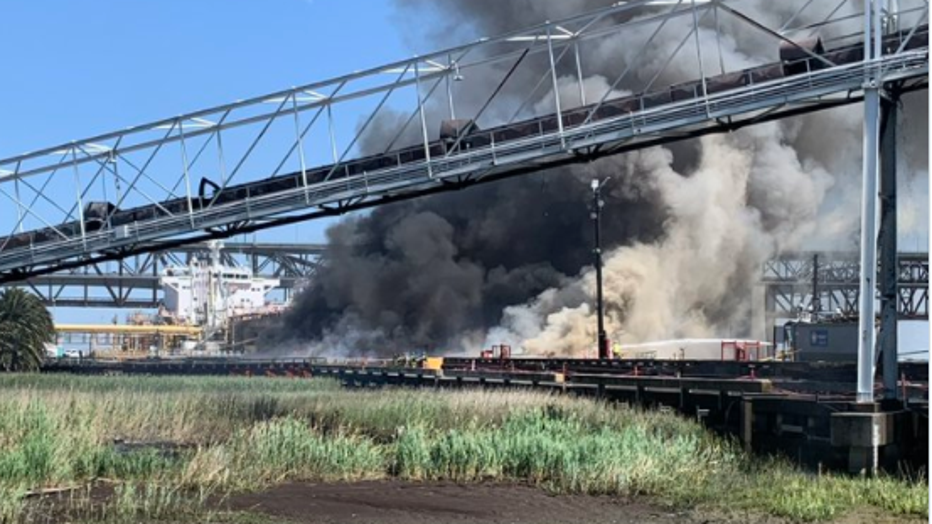 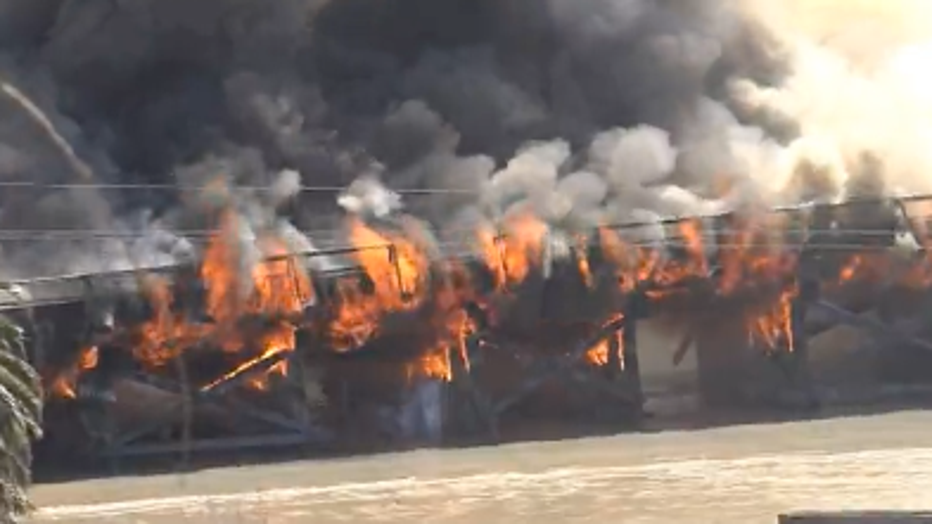