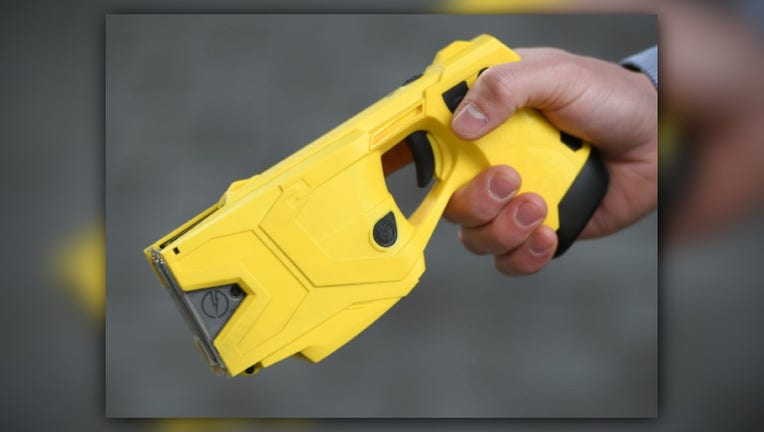 FILE - A man holds a Distance Electric Impulse Device (in German: DEIG), a type of taser, in a police station in Frankfurt am Main, Germany, 28 April 2017. (Photo by Arne Dedert/picture alliance via Getty Images)

These devices were used by police to disperse crowds of demonstrators during the Black Lives Matter and George Floyd protests last spring.

But in June, the City Council adopted a temporary ban on the devices. The ordinance being considered Tuesday would make the ban permanent.

The meeting will begin Tuesday at 6 p.m.