Berkeleyside is expanding to Oakland

The hyper-local news site, Berkeleyside is expanding thanks to 3 million dollars in grant money from Google

BERKELEY, Calif. - Berkeleyside, a 10-year-old, independent, hyperlocal news site, announced on Tuesday it has an influx of $3 million in grant money and is launching a new journalism platform in Oakland.

A total of $1.56 million is coming from the Google News Initiative and another $1.56 million from the American Journalism Project, a new, nonpartisan venture philanthropy organization dedicated to local news. Google will have no input or influence on editorial decisions, Berkeleyside said.

"We would never have taken any money if there was strings attached," Berkeleyside co-founder Lance Knobel said on the KTVU set on Wednesday. "That would have been a fundamental point with us."

The future Oakland news site will be launched in spring 2020, and will be dedicated to “hard-hitting reporting that delves deeply into the city’s institutions and amplifies the voices of community stakeholders across the city.”

Where the Oakland newsroom will be located has not yet been determined. And as for the name? "It will not be Oaklandside," Berkelyside co-founder Frances Dinkelspiel told KTVU. 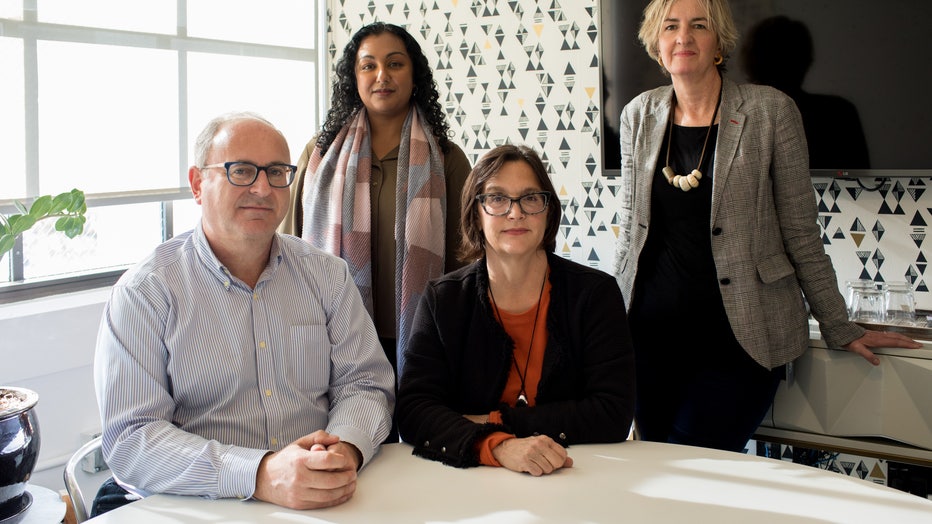 The founders of Berkeleyside with the editor-in-chief of the new Oakland site. Left to right: Lance Knobel, Tasneem Raja, Frances Dinkelspiel and Tracey Taylor.

The move to Oakland also coincides with Berkeleyside’s second announcement that it is changing its business model to become a nonprofit to serve communities who haven’t been traditionally served by daily news outlets. Berkeleyside will continue to fundraise from foundations, donors and members.

Tasneem Raja, a former senior editor for NPR’s Code Swtich team and senior editor of data journalism at Mother Jones, will be editor in chief of the Oakland site.

The Oakland site will have eight editorial staffers, making it one of the largest newsrooms in the city, Berkeleyside said. Other East Bay-based news organizations include the East Bay Times; the alternative weekly, the East Bay Express; the Oakland Post; and the San Francisco Chronicle, which has Oakland-based reporters.

"We've always eyed Oakland," Dinkelspiel said. "With the cutbacks to local news, we noticed less and less news coming out of Oakland." The journalists will inevitably focus on hot-button issues such as housing, homelessness and education, she and Knobel said. 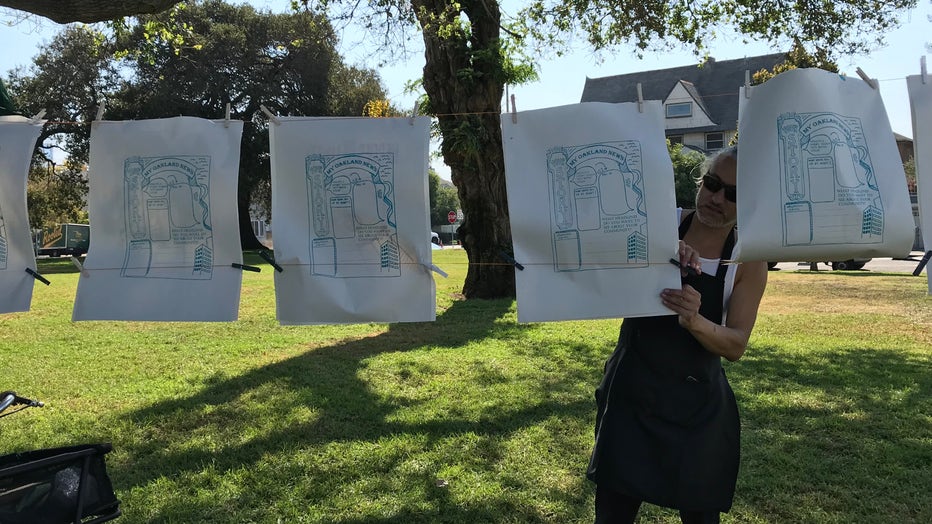 Berkeleyside holds a "listening event" to hear what the Oakland community wants in a news organization.

Berkeleyside is bucking a national trend of declining newsroom revenues and the grant money infusion comes at a time when the national media is under attack.

Dinkelspiel said she is "acutely aware" of tech companies' roles, as well as social media, in "siphoning" off ad revenue and eyeballs off local news coverage. But she had no second thoughts about taking Google's grant money "once we met with them." She said she is very grateful to the company "for the opportunity to use those funds."

Knobel and Dinkelspiel founded Berkeleyside in 2009 with Tracey Taylor and the site has long been considered a pioneer in online local journalism. This year alone, Berkeleyside averaged 1 million monthly pageviews and 300,000 unique visitors a month.

This fall, the small team won for general excellence in community journalism from the Society of Professional Journalists of Northern California.