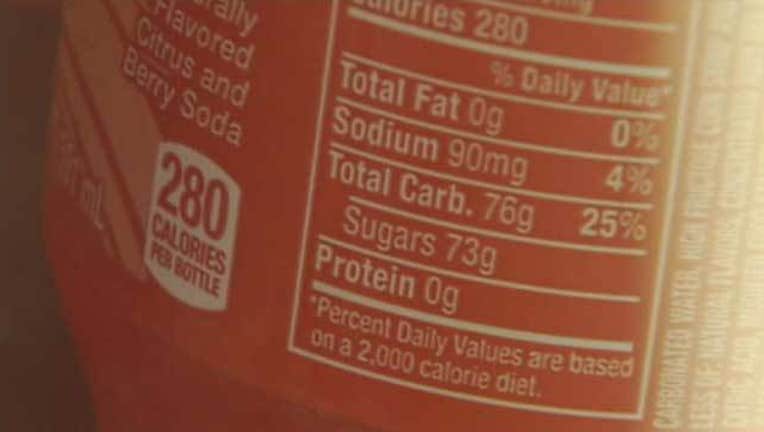 The new legislation comes less than a year after a ballot initiative for a tax on sodas and other sugary beverages sold in the city was defeated.

The legislation would require warnings on ads for all sugar-sweetened beverages with 25 or more calories per 12 ounces.

The supervisors are also proposing to ban the placement of ads for sugary drinks on city-owned property, similar to current bans on tobacco and alcohol ads.

The third prong would ban the use of city funds to purchase such beverages.

Last November, a measure placed on the ballot by the supervisors to impose a two-cent-per-ounce tax on sugary beverages sold in the city gained the approval of 56 percent of voters but fell short of the two-thirds majority needed to pass.

The legislation being proposed today by the supervisors would not require a vote at the ballot.

Mar said in a statement that the majority of San Franciscans agreed that the city "must do more to reduce access to harmful products and sugary drinks. We are continuing this fight in 2015 with legislation that will make our communities healthier and better informed."

"Soda companies are spending billions of dollars every year to target low-income and minority communities, which also happen to be some of the communities with the highest risks of Type II diabetes. This is not a coincidence," Cohen said.

According to a statement released by CalBev Tuesday, the trade association views the proposals as "anti-consumer choice" and targeting soda and other sweetened beverages, while ignoring sugary caffeine drinks such as Frappuccinos and sugary foods such as cupcakes.

CalBev spokesman Roger Salazar said the supervisors' proposals mislead the public into thinking that diabetes and obesity can be cured with a label or a ban.

CalBev maintains that the supervisors are further misleading the public by suggesting that soda is the driving force behind obesity and related health issues.

CalBev claims that while consumption of sugar-sweetened beverages decreased over the last two decades, diabetes has increased.

If the proposed legislation is enacted, health warnings placed on advertising would take up at least 20 percent of the ad's space and would read, "WARNING: Drinking beverages with added sugar(s) contributes to obesity, diabetes, and tooth decay. This is a message from the City and County of San Francisco."