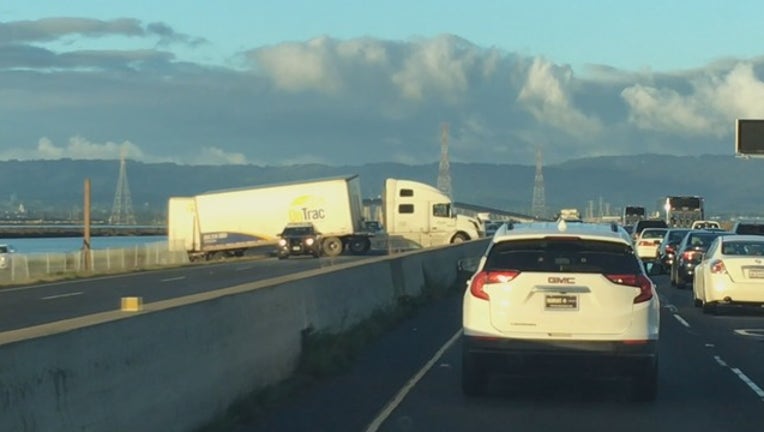 A big-rig jackknifed and the Dumbarton Bridge. April 16, 2019

FREMONT, Calif. (BCN) -  All eastbound lanes of state Highway 84 on the Dumbarton Bridge have reopened after a jackknifed big-rig blocked them for more than two hours Tuesday morning, according to the California Highway Patrol.

The solo-vehicle crash was reported at 5:38 a.m. just west of Thornton Avenue.

All lanes reopened by about 8:15 a.m., CHP officials said. No injuries were reported in the crash.