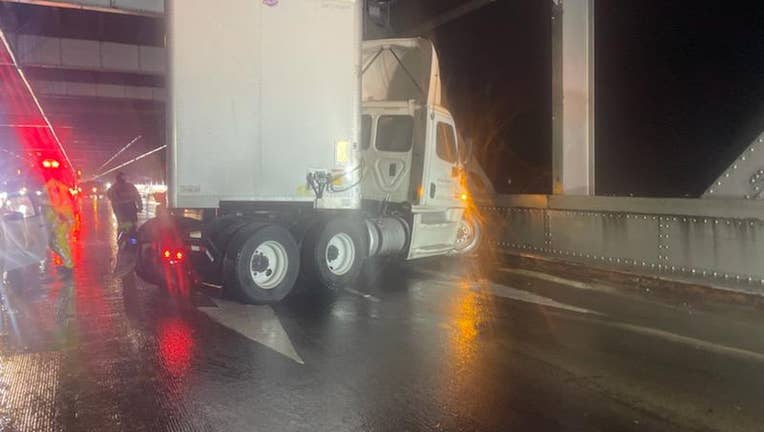 SAN FRANCISCO - The first and second lanes are blocked on the Bay Bridge in the eastbound direction at the Treasure Island off-ramp due to a jack-knifed big rig, according to the California Highway Patrol.

Wind is cited as the cause of the truck being pushed to the side about 9:45 p.m.

The truck is leaking fuel, according to the CHP.

There is no estimated time of reopening and traffic delays should be expected. 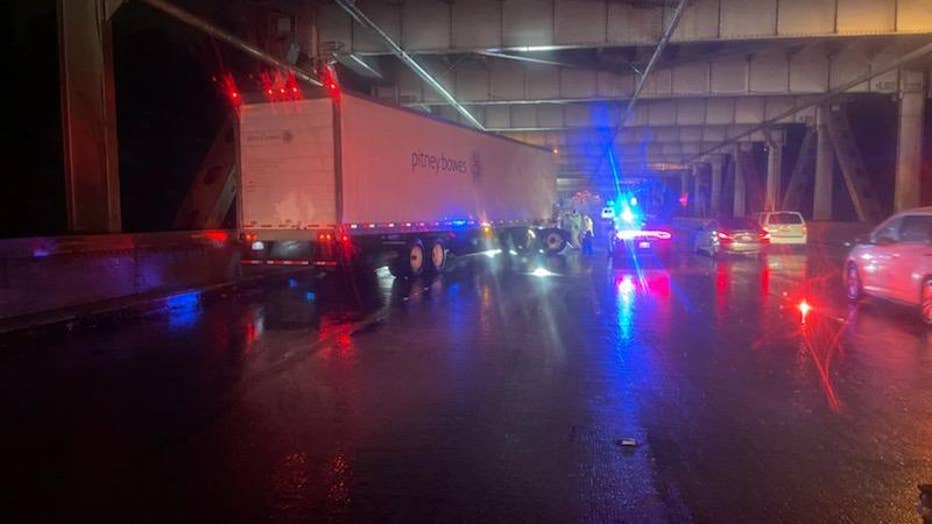