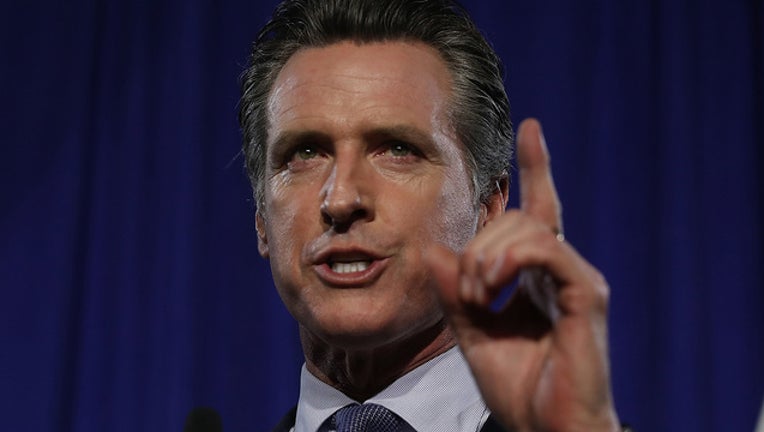 SACRAMENTO, Calif. (AP) -- Engaged in environmental battles with the Trump administration on multiple fronts, California Gov. Gavin Newsom angered some allies on Friday by vetoing a bill aimed at blunting federal rollbacks of clean air and endangered species regulations in the state.

The bill would have made it easier for state regulators to counter the Trump administration's efforts to change enforcement of the federal Endangered Species Act and other environmental pillars -- at least in California.

But Newsom, a Democrat in his first year in office, called the bill "a solution in search of a problem." He said the bill would force the state to rely on old science and would imperil the complex negotiations between state and federal agencies over how to manage the state's water.

"No other state has fought harder to defeat Trump's environmental policies, and that will continue to be the case," Newsom said in a veto message.

But Democratic lawmakers and environmental advocates said the bill would do neither of those things, saying Newsom was wrong to veto a bill they said he did not understand.

"It's going to be harder to get good environmental policy out of him than we thought it was," said Kathryn Phillips, director of the Sierra Club of California.

California has been battling the Trump administration over environmental policy. Last week, the National Highway Traffic Safety Administration revoked California's authority to set its own emission standards for cars and trucks. Newsom and Attorney General Xavier Becerra have already sued to block that move.

Earlier this week, the U.S. Environmental Protection Agency blamed California for a backlog of plans detailing how it would combat air pollution, threatening to withdraw the state's federal road funding if state officials did not get its act together.

And Thursday, the EPA accused California of failing to protect its water from pollution, in part because of an increasing homeless population.

Newsom and other state officials have pushed back, declaring Trump is intentionally trying to harm California's residents.

On Wednesday, 17 states -- including California -- filed a lawsuit seeking to block Trump's proposed rules they say would weaken the Endangered Species Act.