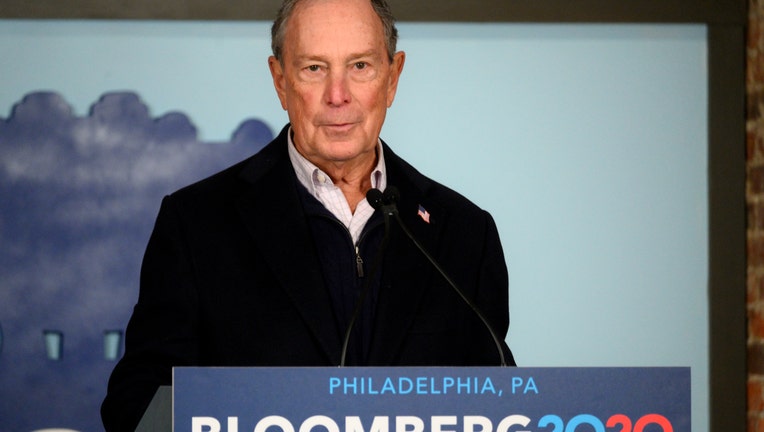 Former NYC Mayor and democratic presidential candidate Michael Bloomberg speaks on stage during the opening of his local campaign field office in Philadelphia, PA, on December 21, 2019. (Photo by Bastiaan Slabbers/NurPhoto via Getty Images)

WASHINGTON (AP) -  Democratic presidential contender Michael Bloomberg cut ties with a contractor that used prisoners to make calls for his presidential campaign, he said in a statement Tuesday.

The former New York mayor said that his campaign was unaware of the arrangement until a reporter sought comment. Earlier Tuesday, online news site The Intercept reported that Bloomberg’s campaign contracted a New Jersey-based call center company that, in at least one instance, used Oklahoma inmates to make calls on behalf of the billionaire’s campaign.

“We only learned about this when the reporter called us, but as soon as we discovered which vendor’s subcontractor had done this, we immediately ended our relationship with the company and the people who hired them,” Bloomberg said in the statement.

“We do not support this practice and we are making sure our vendors more properly vet their subcontractors moving forward,” he said.

Bloomberg has come under fire from criminal justice reform advocates for his support for controversial tough-on-crime policies while mayor of New York. He launched his presidential campaign with an apology for his embrace of stop-and-frisk policing tactics, which give police wide latitude to detain individuals suspected of committing a crime and have been found to be used disproportionately against minorities.