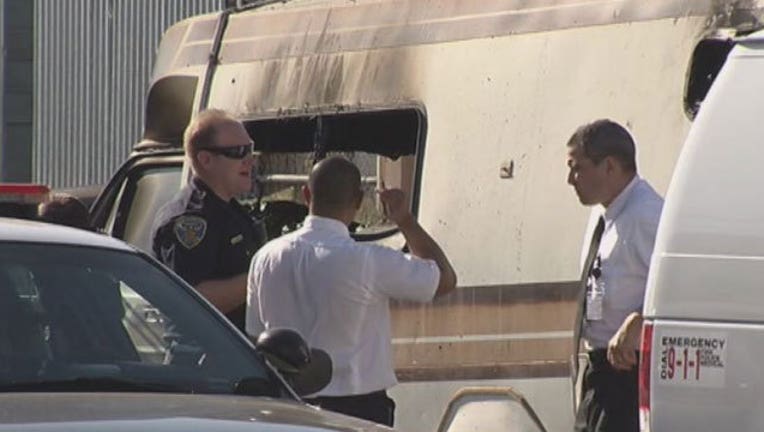 Officers discovered the camper van on fire at 6:46 a.m. at Ingalls Street and Van Dyke Avenue, spokesman Officer Albie Esparza said. Esparza said once the fire department extinguished the fire a body was found inside.

The medical examiner's office will determine whether the death was accidental, a suicide or a homicide, Esparza said.