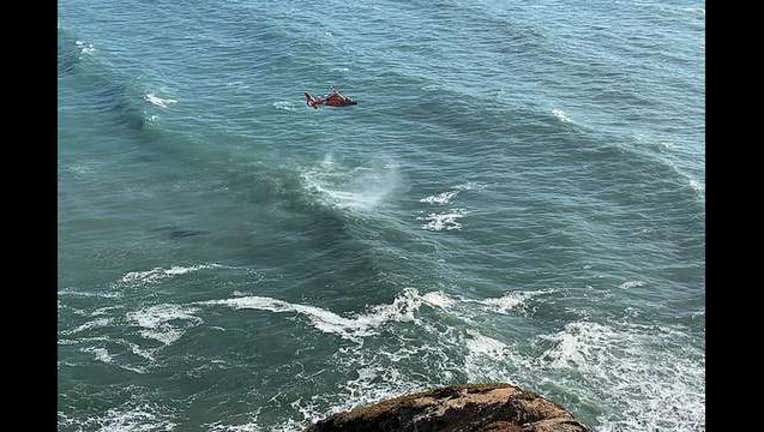 A hang glider pilot died late Sunday afternoon when he plunged into the Pacific Ocean off the coast near Pacifica, a Cal Fire spokesman said.

PACIFICA, Calif. (BCN) - A hang glider pilot died late Sunday afternoon when he plunged into the Pacific Ocean off the coast near Pacifica, a Cal Fire spokesman said.

Emergency personnel from several agencies were called about 4 p.m. Sunday to the coastline off Devil's Slide, just south of Pacifica in San Mateo County, on a report of a hang glider pilot plummeting into the water there, said Cal Fire Battalion Chief Tim Shiffer.

The pilot, a man in his 40s, was found by U.S. Coast Guard and California Highway Patrol crews in
helicopters, and pulled out of the water, Shiffer said.

The man was flown to a nearby bluff, where attempts to revive him were unsuccessful, Shiffer said. The pilot was pronounced dead at the scene. His name was not being released Sunday night pending notification of family, Shiffer said.

Shiffer said no reason has been established yet for why the pilot went down. It wasn't immediately clear whether the pilot was alone, or whether there were friends or family in the immediate area. The San Mateo County Sheriff's Office is investigating the accident.