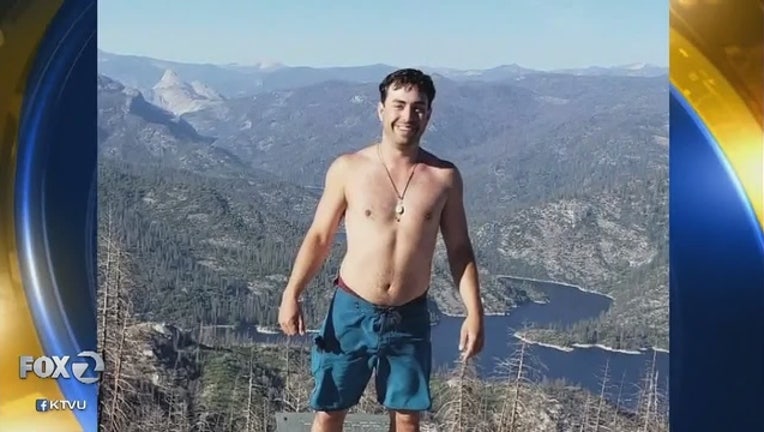 Authorities say the body of Tyler Collins, who went missing off Pacifica last month, has been found about nine miles away near a San Francisco beach.

PACIFICA, Calif. (AP) - Authorities said the body of a swimmer who went missing off Pacifica last month has been found about nine miles away near a San Francisco beach.

Police in Pacifica said the body recovered near Fort Funston on Friday was identified as Tyler Collins, a 28-year-old man from Merced County.

Police said Collins was staying at a hotel near Rockaway Beach with friends when he and another friend decided to go on an early morning swim on March 26. They were about 50 feet from shore when it became clear that Collins was missing.

The area is known for riptides and rough currents.

After the Coast Guard suspended its search, Collins' mother told the Merced Sun-Star the family kept looking for him by hiring a private helicopter and boat.