A rapper from Japan who said he sold all he had to go to Cleveland and fulfill his dreams of meeting Bone Thugs-n-Harmony was left stranded and robbed of his luggage. But that’s when local activists and the famous rappers swooped in to help him.

CLEVELAND - A rapper from Japan who said he sold all he had to go to Cleveland and fulfill his dreams of meeting Bone Thugs-n-Harmony was left stranded and robbed of his luggage. But that’s when local activists and the famous rappers swooped in to help him.

Ryo Muranaka, 31, from Kyoto, Japan, is known by his rap name, “Shiba Dogg,” a reference to the famous Japanese dog breed.

He always dreamed of performing with the hip hop group, so much so that on June 22, he bought a one-way ticket to Cleveland. The aspiring artist then went straight to the corner of East 99th Street and St. Claire Avenue -- Cleveland’s eastside neighborhood where Bone Thugs-n-Harmony is based. The rap group’s second studio album “E. 1999 Eternal” was a portmanteau of Cleveland's neighborhood centering on the two streets.

Muranaka wore a poncho and stood in the rain for two days in hopes of meeting the members along that very same street corner. 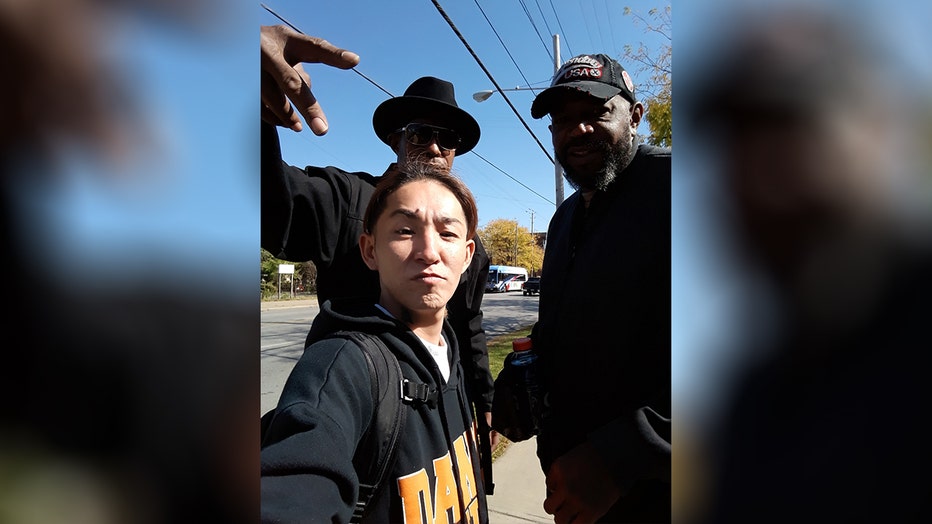 Ryo Muranaka, 31, from Kyoto, Japan, is known by his rap name, “Shiba Dogg." Two Cleveland activists, James Norton and Kwas Bibbs, who found out about Muranaka’s struggles and dreams, stepped up to help the Japanese rapper. (Photo Courtesy: OG Media)

“I thought I could get in the U.S. in exchange for my CDs," Muranaka told Fox 8 Cleveland, using an English-Japanese translator. “No. No plan. One-way ticket."

Then, two Cleveland activists, James Norton and Kwas Bibbs, who found out about Muranaka’s struggles and dreams, stepped up to help the Japanese rapper. Norton said he also grew up with and has close ties to members of Bone Thugs-n-Harmony.

“He had flew in from Japan, and just under the impression that he would find Bone Thugs-n-Harmony walking down St. Claire and 99th still, 20 years later,” Norton recalled. “Then he went and stood on the block that he was familiar with.”

“He got to where he wanted to get to, and he wasn’t gonna leave,” Norton said, adding that Muranaka told everyone passing by that he was looking for Bone Thugs-n-Harmony.

During this time, he was robbed of his Louis Vuitton luggage from a group who took advantage of his situation, Norton said.

“He told me it was a group. They surrounded him and took off with his luggage. But they didn’t take his life. You might have a reputation for a negative neighborhood (Cleveland), but there are good people in the neighborhood," Norton told Fox 8.

Bibbs added that there is more to the city. 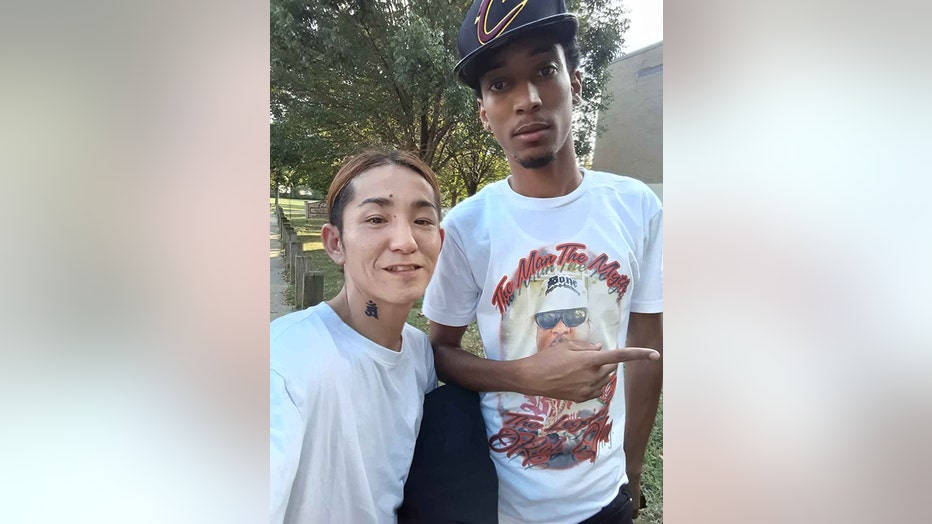 The wheels are in motion for Muranaka’s dreams to come true.

Muranaka met Layzie Bone briefly during a funeral in Cleveland.

Norton and Bibbs didn’t want Muranaka to go to the homeless shelter, where Norton said he would “get eaten alive.” Layzie Bone agreed and said “that’s not a good look” and put Muranaka up in a hotel for a short time, according to Norton.

Muranaka has also since stayed with Norton, who said he almost got evicted. Bibbs would also bring food for the Japanese rapper whenever he could.

Since Muranaka’s three-month visa expired on Sept. 22, Bizzy Bone told Fox 8 that he would pay for Muranaka’s ticket back home.

“I’ll get the man a ticket to get back home,” he said. “I’m putting my hands out there on behalf of Bone Thugs-n-Harmony to say we do care. And we just want to help the kid, and we appreciate him coming to see us.”

Meanwhile, Krayzie Bone, who is on tour with the group, told the station that he would provide clothing for Muranaka.

“I want to get him some clothes," he said. “I was, like, this is really getting crazy. Then my family from Cleveland called me. They was like, everybody’s talking about this. And I was, like, wow!”

The Bone Thugs told Fox 8 that Muranaka’s story reminded them of when they were starting out.

“When we left Cleveland, we just got on a bus and got one-way tickets to Los Angeles. He took it to a whole ‘nother level. He left an entire country,” Krayzie Bone said.

Norton and Bibbs said they and the Japanese rapper have been in the studio recording music — and even learned some Japanese.

Norton said it has been a long and stressful journey so far, but “in the long run, it was a great experience.”

“I mean, besides some of the challenges, I got to learn a different culture, learn some Japanese, different language,” Norton said. “He (Muranaka) got to walk with me through the streets and see different things and experience Cleveland on a different vibe without having to feel threatened, and feeling like he was protected. So we got to bond.”

The activists and rap group hope to bring Muranaka back to the U.S. in a more planned fashion. The rap group’s members also told Fox 8 that they would like to sit down with Muranaka and hear his music.

In the meantime, Muranaka is not letting go of his American dream anytime soon.

“I was born in Japan, and I am going to die in the United States," he said.