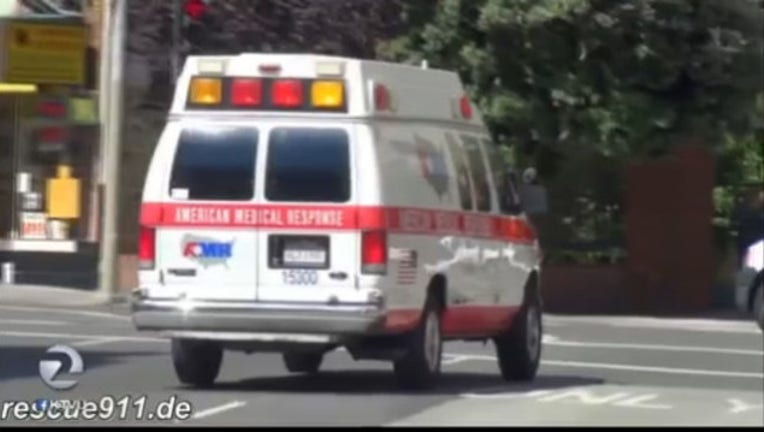 MONTEREY COUNTY, Calif. (KTVU) - A 9-year-old boy who fire crews rescued from the water at Monastery Beach on Tuesday afternoon was pronounced dead shortly after he arrived at the hospital, Cal Fire officials said.

Multiple fire, medical, park and law enforcement agencies responded to a report of a child in distress at 12:43 p.m.

Cal Fire Capt. John Spooner said the boy and his father had been playing on the beach when a series of sneaker waves hit them, washing the boy into the surf.

The man tried to rescue his son, but was overcome by the surf, and bystanders helped him back onto the beach.

An undercurrent or riptide then carried the boy away from the beach and into a small bay, Spooner said.

Two fire department rescue swimmers swam to the boy, who was facedown about 100 yards out in the water, and fought strong riptides to carry him back to shore.

A rescue boat was also launched from Whaler's Cove, but the rescue swimmers brought the boy to shore before it arrived, according to Spooner.

First responders performed CPR on the boy before transporting him to a hospital, where doctors were unable to resuscitate him, Spooner said. Fire officials did not know how long the boy had been facedown.

"It's possible that he died in the water before the rescuers even got to him," Spooner said.

The boy's father was also taken to the hospital for minor injuries. The boy's mother rode along in the ambulance but was not injured.

The coastal warning remains in effect until 8 p.m. today, and even worse conditions are expected next week, Spooner said. "The public really needs to heed those warnings," Spooner said, advising that beachgoers stay off of rock jetties and never turn their back on the water.

Anyone who is pulled out to sea by a rip current should swim diagonally with the current to exit, Spooner said.