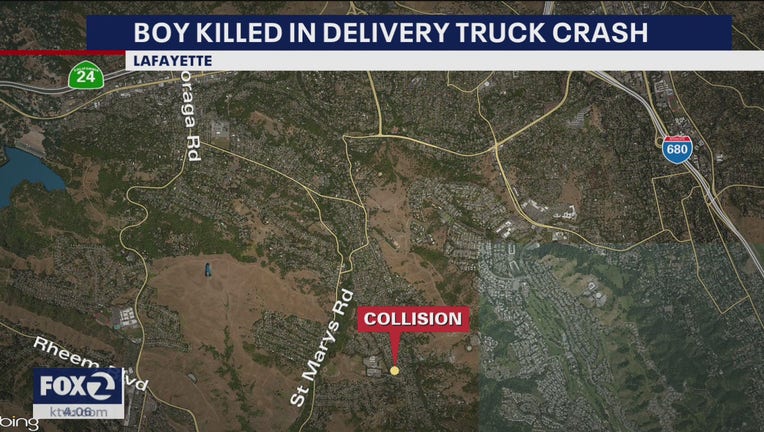 LAFAYETTE, Calif. - A 10-year-old boy who was riding his bicycle died after colliding with the back of an Amazon delivery vehicle in Lafayette.

Police in Lafayette said they responded to the reported crash just before 1 p.m. Tuesday and “immediately began rendering medical aid” to the boy, the Contra Costa County sheriff’s office said.

The boy died at a local hospital.

“Our thoughts and deepest sympathies are with his family and loved ones following this terrible accident. We are working with law enforcement as they investigate," Amazon spokesperson Lisa Levandowski told KTVU in a statement by email, Wednesday afternoon.

Police said the driver is cooperating with the investigaiton and has been interviewed. The names of the boy killed and the Amazon driver have not been released.