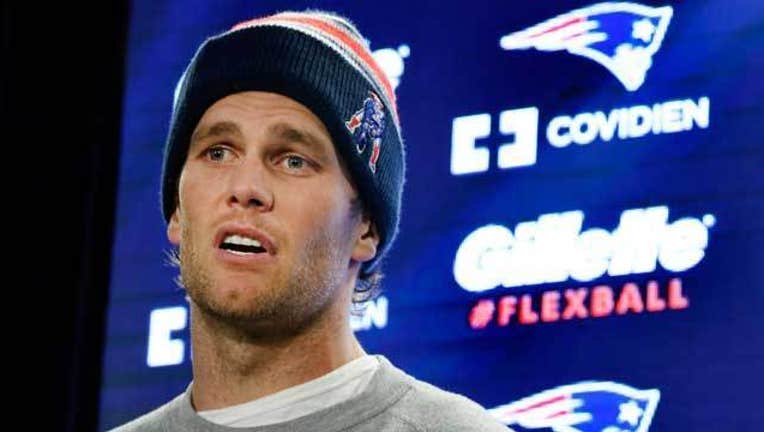 FOXBOROUGH, Mass. (AP) — Super Bowl MVP Tom Brady appealed the four-game suspension he was handed for his role in using deflated footballs during the AFC championship game, and the players union urged Commissioner Roger Goodell to appoint a neutral arbitrator to hear the case.

The expected appeal was filed by the NFL Players Association on Thursday about an hour before a 5 p.m. Eastern deadline.

The league's collective bargaining agreement stipulates that it will be decided by Goodell or a person he designates. But the players union said in a news release that "given the NFL's history of inconsistency and arbitrary decisions in disciplinary matters, it is only fair that a neutral arbitrator hear this appeal."

The union did not detail the basis for the appeal. But in a 20,000-word rebuttal posted online by the Patriots' lawyers earlier Thursday, the team disputed the conclusions on matters of science, logic and law.

Attorney Daniel Goldberg's response claims the league's conclusions are "at best, incomplete, incorrect and lack context," claiming as one example that the "deflator" nickname used by a ballboy and cited in the discipline was about weight loss, not footballs.

Goldberg represented the team and was present during all of interviews of team personnel. Patriots spokesman Stacey James confirmed that the site wellsreportcontext.com was genuine and "approved/supported by the team."

Brady's appeal only deals with the suspension and must be heard within 10 days. The team has not said if it will appeal its penalties, which include a first-round draft pick next year and a fourth-rounder in 2017, before a May 21 deadline.

League-appointed investigator Ted Wells found that Brady was "at least generally aware" of plans by two team employees to prepare the balls to his liking, below the league-mandated minimum of 12.5 pounds per square inch.

But the team's rebuttal presented its own science that would explain the loss of pressure in a more innocuous way.

"The most fundamental issue in this matter is: DOES SCIENCE EXPLAIN THE LOSS OF PSI IN THE PATRIOTS FOOTBALLS?" Goldberg wrote before concluding, also in all capital letters, that it does.

The rebuttal also alludes to other incidents of ball-tampering that were not dealt with as harshly. And it says increased communication between Brady and the ballboys after the scandal broke were just normal expressions of concern, rather than evidence of the quarterback's guilt.

Here are some more of the claims and counter-claims in the Wells report and the Patriots' rebuttal:

The NFL says: Texts in which locker room attendant Jim McNally refers to himself as "the deflator" are an indication that he was taking air out of footballs after they were inspected by the referees. His texts with equipment assistant John Jastremski also include a reference to a providing him with a needle.

The team says: McNally used the term "deflator" refer to his desire to lose weight, as in the text, "deflate and give somebody that jacket." And the needle was necessary because McNally was sometimes responsible for getting an inflation needle to referees for pregame testing.

The NFL says: The footballs provided by the Patriots lost more air pressure between the pregame test and halftime than could be explained by non-nefarious reasons.

The team says: The league cherry-picked readings from two different gauges to create the biggest gap between pregame and halftime measurements. That overshadowed a difference in air pressure in some of the balls that could be explained by atmospheric conditions.

The NFL says: It's Brady. A text message from Jastremski to McNally says: "Talked to him last night. He actually brought you up and said you must have a lot of stress trying to get them done."

The Patriots say: It is a leap of logic to conclude that the stress was related to football deflation. They refer, Goldberg wrote, to "Mr. Jastremski's friend, as the investigators were told, and the conversation involved issues relating to Mr. McNally's stress relating to reselling family tickets."

The NFL says: Brady obstructed the investigation by refusing to turn over his cellphone records. The team refused to make McNally available for a follow-up interview. Failure to cooperate in a league investigation is considered conduct detrimental to the league, and it opens the team and player up to severe penalties.

The team says: The league already had access to Brady's texts and calls with McNally and Jastremski through their phones. Also, if Wells' investigators failed to ask all the questions the first time, it's their fault.