Rohnert Park, Calif. - During a commencement ceremony this weekend, Sonoma State University honored a student who was hit and killed by a car last summer.

Hugo Ramirez was awarded a bachelor's degree in business posthumously, and his brothers were there to accept the degree on his behalf. Matthew, Sebi, and Max, along with friend David, walked across the stage when his name was read.

Ramirez was struck and killed as he crossed a street near campus in July. Officials said he was headed to a shopping center frequented by many students, and was flung across the center median, landing more than 100 feet away. 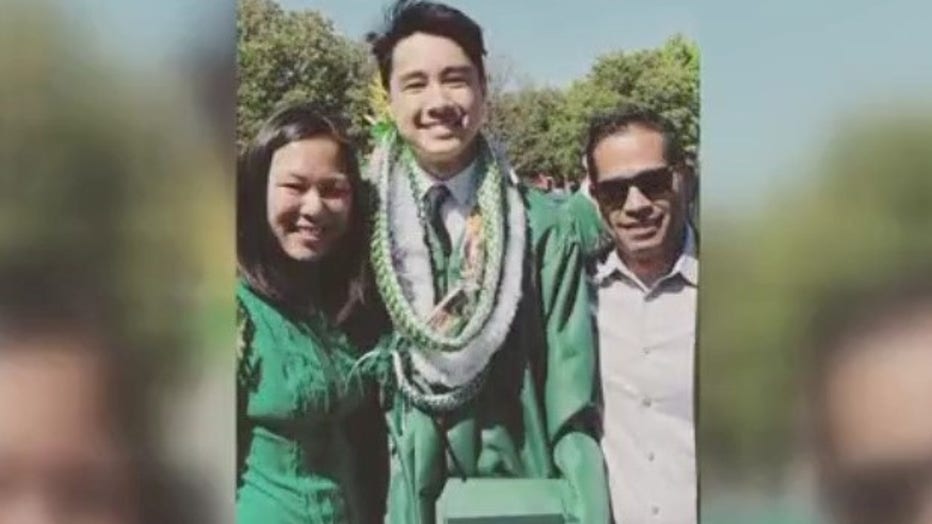 Hugo Ramirez, who was hit and killed by a car in July, was honored at Sonoma State Commencement.

Ramirez grew up in Concord and played soccer for Sonoma State and would have been the first member of his family to graduate.

After the ceremony, family and friends gathered near the site of crash to remember and honor him.