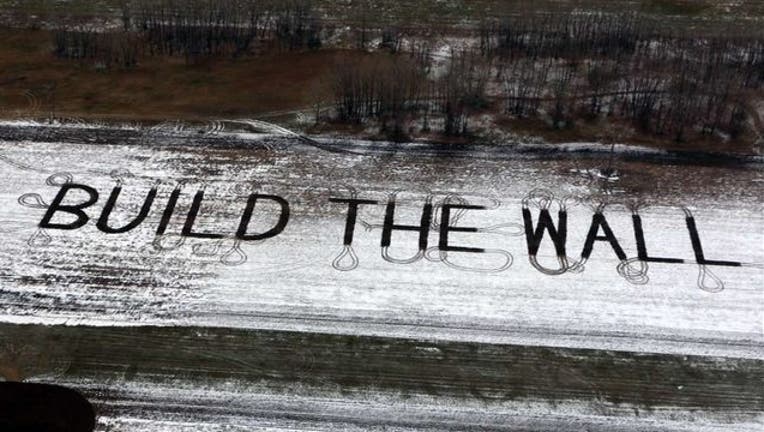 FOX NEWS - Farmer Gene Hanson of Edgeley, North Dakota, has a message for President Trump after his prime-time address to the nation from the Oval Office.

The retired 78-year-old Midwesterner, whom Trump called a "great American," plowed "Build the wall" in his snow-filled property, spanning over two football fields.

Trump took to Twitter Monday night to thank people for "soooo many nice comments" on his speech on the border crisis.