Cal Fire investigators are focusing on a remote vineyard on a secluded hillside in Napa Valley as they probe for the origin and cause of the destructive Glass Fire.

St. Helena - Cal Fire investigators are focusing on a remote vineyard on a secluded hillside in Napa Valley as they probe for the origin and cause of the destructive Glass Fire. And several neighbors told KTVU they witnessed flames erupt from the same area when the fire first ignited early Sunday morning.

The vineyard sits on the southern slope of Howell Mountain north of St. Helena and is surrounded by an electric fence. Investigators were analyzing burn patterns and using surveying equipment, all while guarded by private security – the standard setup for a wildfire investigation team.

They were concentrating on an area near the fence and other equipment. Cal Fire said it could not comment on the status of the investigation.

“I know our investigators are out there currently trying to track down and eliminate all the things that didn’t start it and figure out what it was that did,” said Robert Foxworthy, a Cal Fire spokesman.

There were no powerlines in the area where investigators were looking.

Neighbors told KTVU the property belongs to Cakebread Cellars, a well-known winery on Highway 29 in the heart of the Napa Valley. A spokeswoman for the company said in a statement that they are "cooperating with and providing information to Cal Fire."

Pam McGivern was startled awake around 4 a.m. Sunday when the fire first broke out. She recorded video of the flames marching down the same hillside where investigators are now looking.

“I could see northeast of here a big blaze on top of the mountain,” she said. 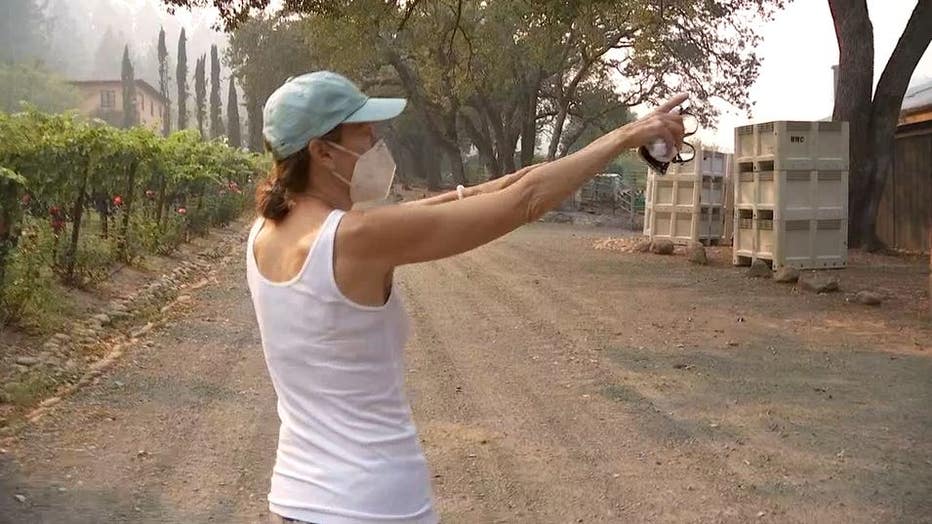 Napa Co. resident Pam McGivern points out the area where she saw flames on the same hillside where Cal Fire personnel are conducting an investigtion.

She evacuated as flames raced through her neighborhood, leveling several homes before turning west toward Santa Rosa.

“I felt my hair was going to start singeing if I didn’t evacuate,” she said. “I am in shock. I am devastated at the loss of my neighborhood.” 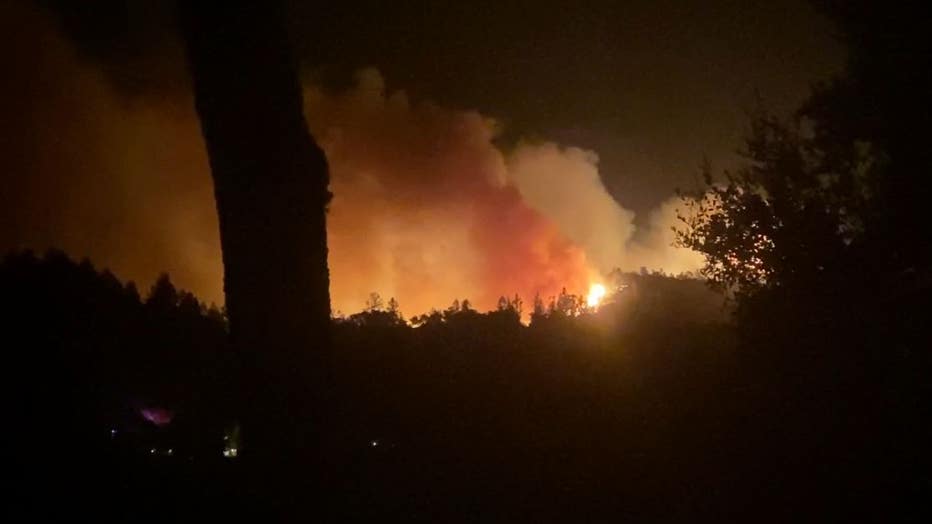 Pam McGivern recorded video of the Glass Fire as it erupted early Sunday on the south slope of Howell Mountain.

The vineyard where investigators are working isn’t near any homes and it’s almost impossible to reach by vehicle. It’s down a steep hill from the top of the North Fork of Crystal Springs Road just east of the Silverado Trail.

The first calls about the fire came in around 3:50 a.m. Sunday just down the hill from where Cal Fire is investigating.

Investigations into the cause of a wildfire can sometimes take months or even a year. Investigators need to rule out all other possibilities, and sometimes they never come up with how a fire started.

But determining the cause of a wildfire can have monumental ramifications.

PG&E has accepted responsibility for some of California’s most devastating fires caused by its equipment. The utility declared bankruptcy and settled with the wildfire victims this year for $13.5 billion.

PG&E was quick to distance itself from the Glass Fire, saying in a statement “We have no information indicating the Glass Fire ignition is attributable to our facilities.”