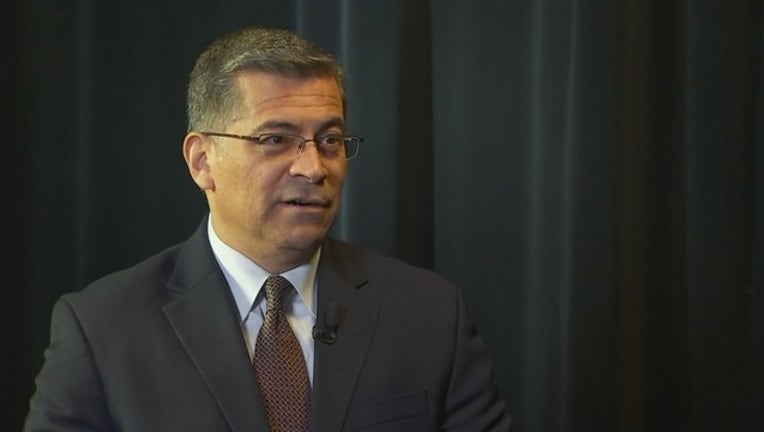 SACRAMENTO, Calif. (AP) -  California's attorney general is demanding that a university journalism program return a state list that includes law enforcement officers convicted of crimes in the past decade, saying the information wasn't meant to be public and shouldn't have been given out by another agency.

Attorney General Xavier Becerra's office sent reporters from the Investigative Reporting Program at the University of California, Berkeley a notice that confidential information had been inadvertently released from a confidential database, the program reported Tuesday.

The attorney general's office said possessing the list was a misdemeanor and asked the reporters to destroy it. They received it last month from California's police training agency through a public records request.

The reporters refused, but so far have released only limited details about the list. They say the list of nearly 12,000 names includes current and former officers and those who applied to be officers. It's not clear how many are active officers and how many had never been officers.

The list outlines crimes including shoplifting, child molestation, embezzlement and murder. It's not clear how many of the convicted officers remain on the job.

The report comes as he is also refusing to release old records of serious misconduct by his own justice department agents under a new law that requires the release. Becerra is citing conflicting court decisions on whether records should be made public for incidents that happened before the disclosure law took effect Jan. 1.

Map: Who is releasing police personnel files under new law and who is not

In a letter to reporter Robert Lewis with the reporting program's production arm, Investigative Studios, Deputy Attorney General Michelle Mitchell said the criminal history information was taken from a confidential law enforcement database where "access to information is restricted by law."

"You are hereby on notice that the unauthorized receipt or possession...is a misdemeanor," she wrote, threatening unspecified legal action.

First Amendment Coalition executive director David Snyder told the reporting program that, "It's disheartening and ominous that the highest law enforcement officer in the state is threatening legal action over something the First Amendment makes clear can't give rise to criminal action against a reporter."

'What is it that they're trying to hide?' Senator asks of police blocking release of personnel files

The reporting program said the list came after a law last year allowed the Commission on Peace Officer Standards and Training to keep records of when current or former officers are convicted of felonies or other crimes that would disqualify them from law enforcement. Previously, the commission would have to wait until the officer had exhausted all appeals before deeming them unqualified, but now the initial conviction is enough.

That led the attorney general's office to provide the commission with the list of current and former officers with convictions. The commission provided the reporting program with 10 years' worth of convictions.

Nic Marais, an attorney representing Investigative Studios, said in a letter to Becerra's office that the records are publicly releasable because they are summaries. He added that state law exempts reporters from prosecution for receiving records.

Attorney Michael Rains, who represents police officers, told the reporting program that he understands there is public interest in police officers convicted of crimes, but said the same disclosure should apply to everyone. He noted there is no broad public disclosure of crimes committed by lawyers, doctors or teachers.