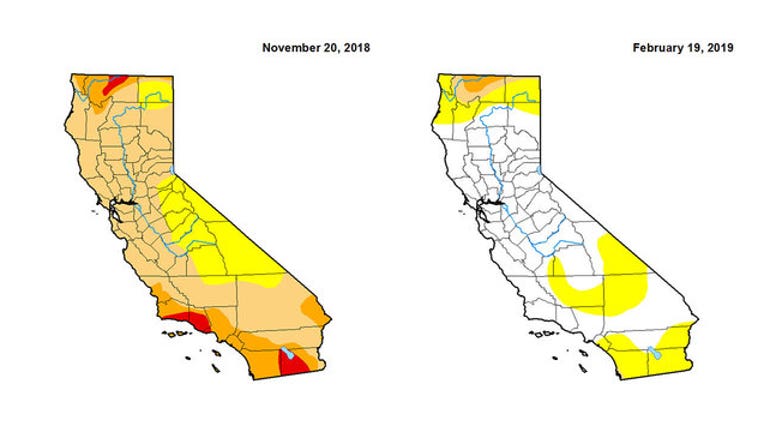 LOS ANGELES (FOX 11) - The significant amount of rain California received over the past month has significantly reduced the drought conditions across the state.

The National Weather Service Climate Prediction Center's 6-10 day precipitation outlook states that temperatures will remain significantly below average across large sections of the northern, western, and central U.S. Meanwhile, near- or above-normal precipitation across most of the country should contrast with drier-than-normal conditions from southern California to the southern Plains and parts of the mid-South.