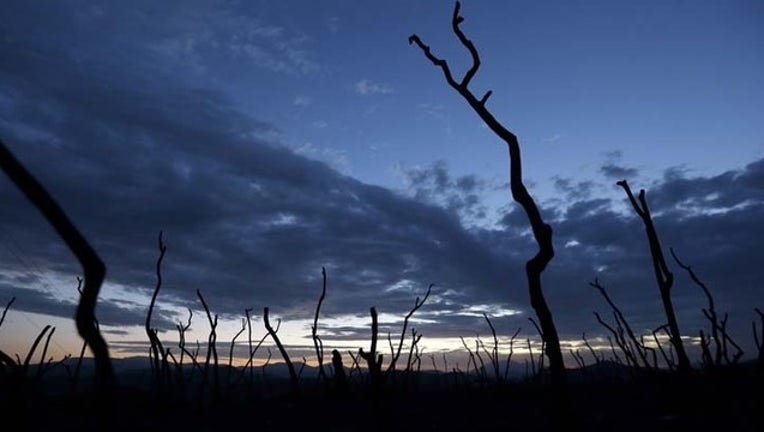 Officials say residents of drought-stricken California beat their goal for saving water in March by turning off their sprinklers when the rain fell.

The State Water Board announced Tuesday that cities and businesses conserved water by more than 24 percent compared to the same time in 2013. That's double the saving from the dry month of February.

March is the first month under relaxed conservation requirements. Californians are now expected to use at least 20 percent less water, a break from the previous order of 25 percent.

Officials say the cooler, wet weather helped, but they also credit Californians with changing their habits for using water.

They warn, however, that California remains in drought.

Californians will learn how much water they saved by taking shorter showers and turning off sprinklers in the rain-soaked month of March.

The State Water Resources Control Board on Tuesday will release its most recent conservation report. March is the first month under relaxed requirements.

Residents are being asked to use at least 20 percent less water than they did in 2013. That's down from the 25 percent reduction begun last year.

Max Gomberg, a senior climate scientist for the state water board, says the March savings are encouraging.

Water regulators, meanwhile, are busy writing new regulations to save water since winter rain and snow has eased drought.

Many local water districts say they want to set their own conservation targets. Other say the state should drop the emergency orders.