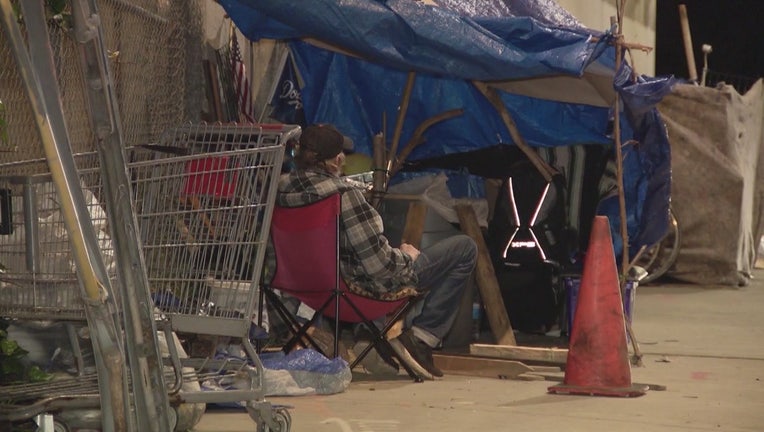 ELK GROVE, Calif. - For almost a year, a California city has been paying its homeless population to keep their camps clean.

The city of Elk Grove, located just south of the state capital of Sacramento with a population of more than 174,000, has the lowest rate of homelessness in the county.

In working to address the issue which the city says on its website is largely due to "increasing housing prices and a serious housing shortage," it has been handing out $20 gift cards on a biweekly basis to those who have bagged their trash for cleanup, according to KTXL.

Dozens live in homeless camps around Elk Grove and a 2018 data compilation from the city's Homeless Assistance Resource Team (HART), Sacramento Self-Help Housing (SSHH) and the Elk Grove Police Department revealed that in the year before, there were more than 330 individuals recorded as homeless in Elk Grove.

In addition, the city's website explains that most of their homeless residents have ties to the Elk Grove community.

Elk Grove Housing and Public Services Manager Sarah Bontrager told KTXL on Wednesday that giving out the gift cards actually saves taxpayer money and that they have spent less than $10,000 during the course of the program, whereas each homeless camp cleanup by the city could cost around $1,000.

"It’s changed the tone of the interactions our homeless outreach officers have with encampment residents. They’re excited to see them and get the gift card to go into a grocery store and purchase the items they want," Bontrager told Fox News via email on Thursday. "The small investment in gift cards has ultimately saved the City thousands of dollars in clean-up costs."

Since July, Elk Grove police officers have helped to distribute trash bags, though the program notably pays only those who reside in the camps.

Additionally, the gift cards given to homeless individuals for their labor cannot be used to purchase certain items like alcohol or cigarettes.

Bontrager told Fox News that a CARES Act Community Development Block Grant (CDBG) through the U.S. Department of Housing And Urban Development is currently paying for the program.

If it is permanently adopted, the funding would continue with "regular CDBG allocation."

This is not the first time Californian cities have worked with their homeless to help clean up using incentive models.

In 2020, San Jose initiated its "Cash for Trash" pilot program to pay homeless residents throughout 40 locations $4 per bag -- and up to five bags per day -- in exchange for programmable and reloadable cards from Mastercard that also had limited restrictions on items.

Operated under the BeautifySJ initiative, KRON 4 reported that Cash for Trash was funded through the city's COVID-19 relief funds with another $60,000 in grants annually for the next three years from Santa Clara Valley Water.

Cash for Trash follows a previous effort in 2018 which paid around 25 people to clean up trash "hotspots" working for $15 an hour for four or five hours per day, according to KCRA.

The Mercury News reported at the time that the program would be funded using a $200,000 litter abatement grant approved by the City Council.

In a first, a new California data warehouse system was unveiled Wednesday in order to help state policymakers better understand and address homelessness.

California has the most unhoused people in the country; At one point in 2020, 160,000 people were recorded as experiencing homelessness.

That figure includes about half the country’s estimated 211,000 residents living unsheltered on the streets or in vehicles, according to The Associated Press.

Get updates on this story from FOX News.