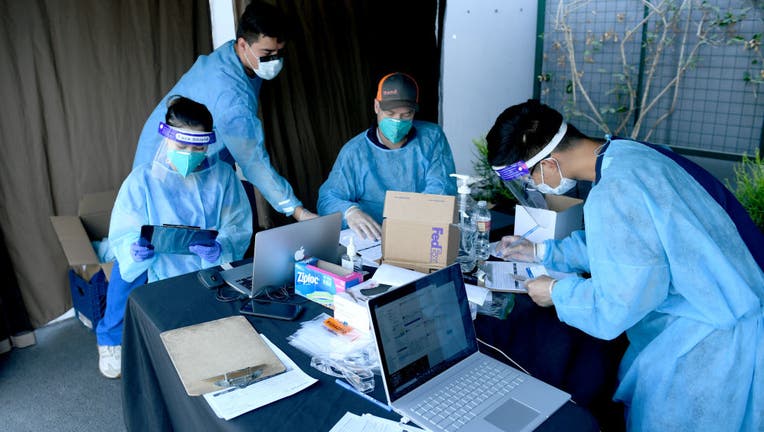 LOS ANGELES - California’s death count from the coronavirus surpassed 15,000 on Sunday even as the state saw widespread improvement in infection levels.

A tally by Johns Hopkins University put California’s death toll at 15,026, the fourth highest in the country. New York has suffered by far the most deaths -- 33,081 -- followed New Jersey, which has about half as many. Texas is third.

California, which is the nation's most populous state, has the most confirmed virus cases in the U.S. with about 775,000, but key indicators have fallen dramatically since a spike that started after Memorial Day weekend prompted statewide shutdowns of businesses.

The state’s infection rate has fallen to 3% in the last week, the lowest level since the first days of the pandemic. Hospitalizations have dropped below 2,700, the lowest since early April, and the number of patients in the intensive care unit has dropped below 850. Falling ICU counts should help lower the death rate since those patients are the most likely to succumb to the virus.

With figures falling, California last month instituted a new four-tier system for counties to reopen more businesses and activities. Most counties -- including Los Angeles, the state’s most populous with 10 million residents-- remain in the most restrictive level but some could move to a lower level when the state updates the ratings on Tuesday.

A notable exception is San Diego County, the state’s second-largest, which has seen a spike of cases fueled partly by an outbreak among San Diego State University students. It is poised to return to the most restrictive level.