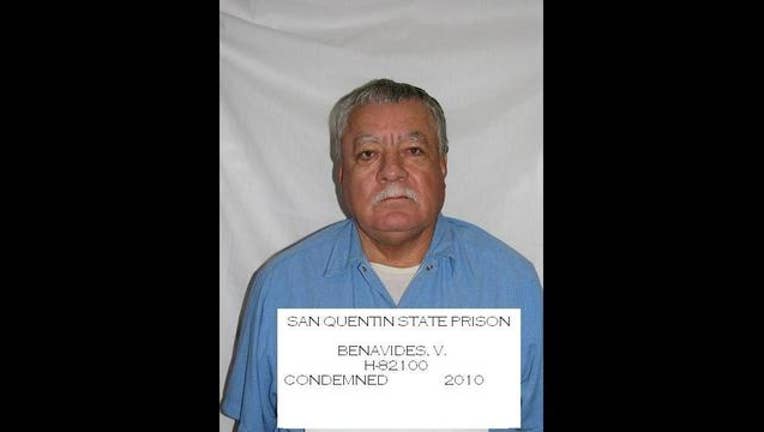 Vicente Benavides Figueroa, 68, has remained in prison even though the state Supreme Court last month overturned his 1993 conviction on grounds that medical testimony at his trial was false.

Many doctors who testified to the cause of the girl's injuries recanted.

Kern County District Attorney Lisa Green announced Tuesday that prosecutors won't retry Benavides for first-degree murder and that without the medical testimony, it would be "difficult, if not impossible" to win a conviction for second-degree murder. Even if Benavides was convicted on the lesser charge, he would be immediately eligible for parole, Green said.

Benavides will remain on death row at San Quentin prison until a court order to release him is submitted, said Terry Thornton, spokeswoman for the California Department of Corrections and Rehabilitation.

Benavides could be freed quickly once the order is provided, Thornton said.

"I've seen it happen in as little as a few hours but it definitely would be within a few days," she said.

Benavides was babysitting his girlfriend's nearly 2-year-old daughter, Consuelo Verdugo, in Delano in 1991 while the mother was at work. The couple later brought the injured child to an emergency room. She died about a week later.

The couple told doctors that the girl had hit her head on a door but at trial the defense said the girl may have been struck by a car when she got out of the house and Benavides briefly lost sight of her.

But nearly all later recanted, saying they hadn't seen her full medical records that indicated there was no evidence of sexual assault when the girl was first hospitalized.

They also said her genital and other injuries may have been caused by her medical treatment and some said the purported cause of death 'anatomically impossible,'" according to the state Supreme Court's ruling.