Gov. Newsom directed the California energy commission to analyze why gas prices are so high compared to the rest of the country. The report found Californians paid an additional $11.6 billion for gas over the last five years. 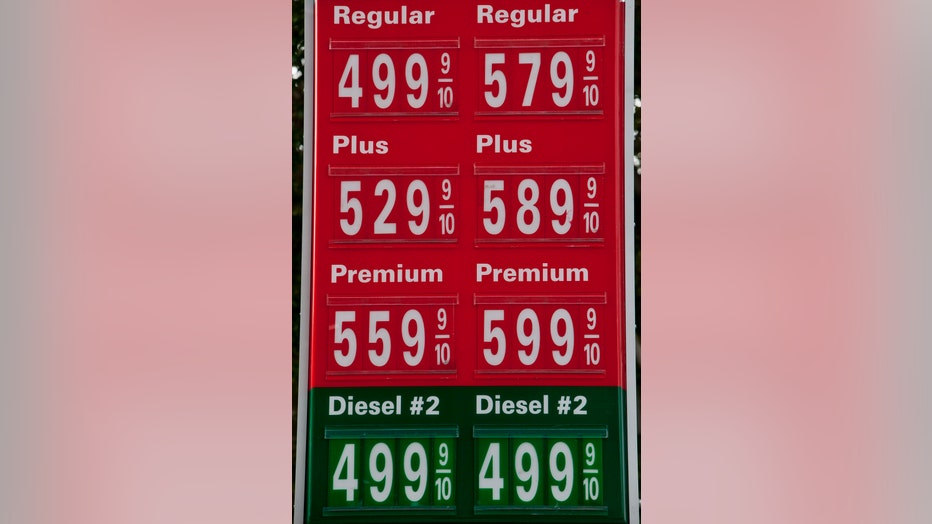 Gas prices in California are at all time highs. (Photo by Ted Soqui/Corbis via Getty Images)

SACRAMENTO, Calif. - California's governor has asked the attorney general to investigate why the state's gas prices are so high, pointing to a new report suggesting big oil companies are "misleading and overcharging customers" by as much as $1 per gallon.

The reasons aren't yet clear. Name brand retailers - including 76, Chevron and Shell - often charge more because they say their gasoline is of higher quality. But a new analysis from the California Energy Commission could not explain the price difference, concluding "there is no apparent difference in the quality of gasoline at retail outlets in the state."

"There is no identifiable evidence to justify these premium prices," Newsom wrote in a letter to Attorney General Xavier Becerra. "If oil companies are engaging in false advertising or price fixing, then legal action should be taken to protect the public."

Becerra's office said in an email it had received Newsom's request and "will handle accordingly."

The California Energy Commission said it "does not have any evidence that gasoline retailers fixed prices or engaged in false advertising." But it said the industry did not provide any proof that its gasoline was better than what the state requires all retailers to sell.

Catherine Reheis-Boyd, president of the Western States Petroleum Association, said the industry trade group is reviewing the report. But she said it was important to note California's fuel taxes and standards, which are more strict than other states, account for the first $1.07 per gallon at the pump.

"Everyone has to have a seat at the table to ensure policies provide adequate, affordable, reliable energy to the communities we serve," she said.

While California is known for its environmentally-conscious fuel standards, the state was the seventh-largest producer of crude oil in the country in March of this year. The oil industry is a powerful force in California politics, working to halt legislation in the state Assembly earlier this year that would have limited new oil and gas production around homes and schools.

But Newsom has expressed a desire to take on the oil industry during his first year in office. In July , he fired the state's top oil and gas regulator for doubling the state's fracking permits this year.

"This is the first time a governor has requested an investigation and prosecution by the Attorney General in modern history into the oil industry," said Jamie Court, president of Consumer Watchdog, which has criticized the oil industry. "I think it's a pretty big step."