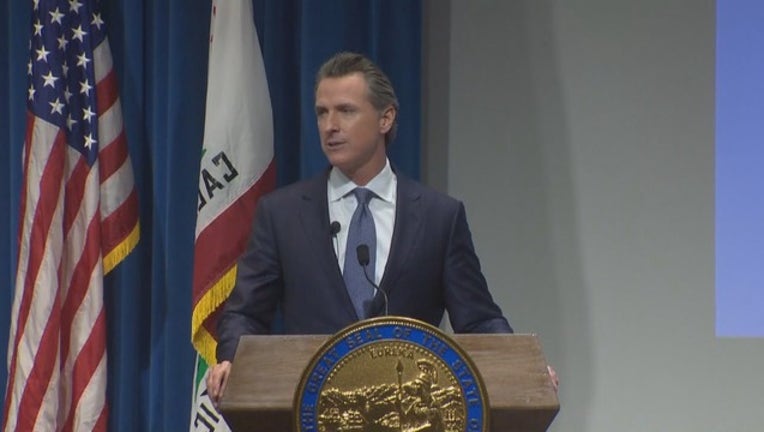 About 100 of the 360 troops will remain deployed under California's agreement with the federal government to focus specifically on combating transnational crime such as drug and gun smuggling, Newsom spokesman Nathan Click said. Specifically, they will be tasked with providing intelligence on transnational crime and assist with cargo dock operations and searches of commercial trucks for contraband.

Newsom's move comes on the heels of New Mexico Gov. Michelle Lujan Grisham, also a Democrat, pulling back her state's troops from the U.S.-Mexico border. The two state's former governors agreed to send troops to the border last April at the Trump administration's request along with Texas and Arizona.

Newsom's and Grisham's actions are a fresh, if symbolic, affront to President Donald Trump's description of an immigration crisis on the nation's southern border.

"The border 'emergency' is a manufactured crisis, and California will not be part of this political theater," Newsom plans to say in his Tuesday State of the State address, according to excerpts released by his office.

The original mission, approved by former California Gov. Jerry Brown, was set to end March 31. The order Newsom plans to send Monday will require the guard to immediately begin withdrawing troops but still give it until the end of March to do so. When Brown, a fellow Democrat, approved the mission in April, he said no California troops would participate in immigration-related activities. He similarly ordered the troops to focus on combating transnational crime.

Newsom's Monday order will argue that the increase in Central American migrants crossing over the border is the result of a desire to escape violence and repression fueled in part by the activities of transnational crime organizations. The California guard's resources are best spent tackling those activities, he plans to argue.

Just a month into his governorship of the nation's most populous state, Newsom has sparred with Trump on immigration and other issues. He has held up California as an antidote to what he deems a corrupt Washington, a message he's likely to echo in Tuesday's State of the State speech, his first as governor.

Texas and Arizona still have troops on the border.

The 360 troops are a fraction of the roughly 14,000 that have been deployed throughout California for various operations since 2016.