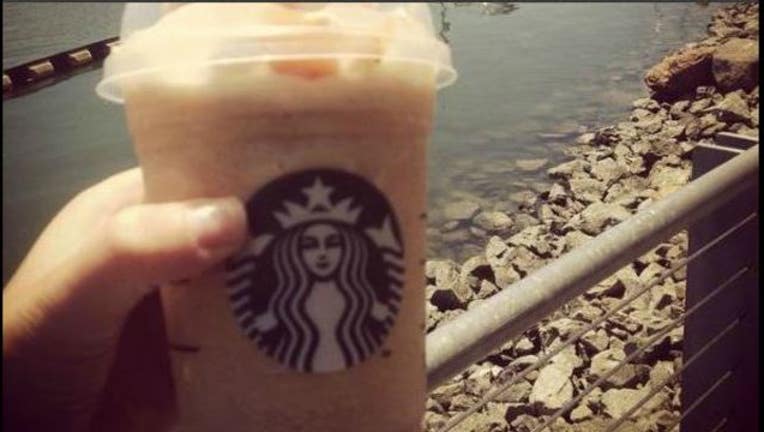 LOS ANGELES (AP) -- A Los Angeles judge has determined that California law requires coffee companies to carry an ominous cancer warning label because of a chemical produced in the roasting process.

Superior Court Judge Elihu Berle said Wednesday that Starbucks and other coffee companies failed to show that the threat from the chemical was insignificant.

The Council for Education and Research on Toxics, a nonprofit group, sued Starbucks and about 90 other companies, including grocery stores and retail shops, under a state law that requires warnings on a wide range of chemicals that can cause cancer. One of those chemicals is acrylamide, a carcinogen present in coffee.

"While plaintiff offered evidence that consumption of coffee increases the risk of harm to the fetus, to infants, to children and to adults, defendants' medical and epidemiology experts testified that they had no opinion on causation," Berle wrote in his proposed ruling. "Defendants failed to satisfy their burden of proving ... that consumption of coffee confers a benefit to human health."

The coffee industry had claimed the chemical was present at harmless levels and should be exempt from the law because it results naturally from the cooking process necessary to make the beans flavorful.

The ruling came despite eased concerns in recent years about the possible dangers of coffee, with some studies finding health benefits.

In 2016, the International Agency for Research on Cancer -- the cancer agency of the World Health Organization -- moved coffee off its "possible carcinogen" list.

Studies indicate coffee is unlikely to cause breast, prostate or pancreatic cancer, and it seems to lower the risks for liver and uterine cancers, the agency said. Evidence is inadequate to determine its effect on dozens of other cancer types.

The lawsuit was brought under the Safe Drinking Water and Toxic Enforcement Act, passed by voters as Proposition 65 in 1986. It allows private citizens, advocacy groups and attorneys to sue on behalf of the state and collect a portion of civil penalties.

The law has been credited with reducing chemicals that cause cancer and birth defects, such as lead in hair dyes, mercury in nasal sprays and arsenic in bottled water. But it's also been widely criticized for abuses by lawyers shaking down businesses for quick settlements.

"Coffee has been shown, over and over again, to be a healthy beverage," said William Murray, president and CEO of the National Coffee Association, in reaction to the decision. "This lawsuit has made a mockery of Prop. 65, has confused consumers, and does nothing to improve public health."

The lawsuit has been brewing for eight years and is still not over. A third phase of trial will later determine any civil penalties that coffee companies must pay.

With potential penalties up to $2,500 per person exposed each day over eight years, that figure could be astronomical in a state with close to 40 million residents, though such a fine is unlikely.

Attorney Raphael Metzger, who brought the lawsuit and drinks a few cups of coffee a day, said he wants the industry to remove the chemical from its process. Coffee companies have said that's not feasible and would make their product taste bad.

"Getting it out is better for public health than leaving it in and warning people," Metzger said. "That's especially important for coffee drinkers because coffee drinkers are addicted."

Metzger's client brought a similar case later taken up by the state attorney general that resulted in potato-chip makers agreeing in 2008 to pay $3 million and remove acrylamide from their products rather than post startling warnings that can be found throughout California and are largely ignored.

Parking garages, for example, post signs saying, "This area contains chemicals known to the state of California to cause cancer, birth defects and other reproductive harm."

Regulations adopted in recent years now require more specific warnings that list the chemical consumers may be exposed to and list a website with more information. Parking garages, for example, will have to post that breathing air there exposes drivers to carbon monoxide and gas and diesel exhaust and that people should not to linger longer than necessary.

Many coffee companies have already posted warnings that specifically say acrylamide is found in coffee and is among chemicals that cause cancer. However, many of those warnings are posted in places not easily visible, such as below the counter where cream and sugar are available.

In the first phase of the trial, Berle said the defense failed to present enough credible evidence to show there was no significant risk posed by acrylamide in coffee.

The law put the burden on the defense to show that the level of the chemical won't result in one excess case of cancer for every 100,000 people exposed. Berle said the epidemiology studies presented were inadequate to evaluate that risk.

Having failed to show there was no significant risk to drinking coffee, the second phase of trial let the industry put on a backup defense. It had to show that there should be a less strict level set for coffee because of health benefits from drinking it.

Berle said the coffee companies failed to show that.

The judge has given the defense several weeks to file objections to the proposed ruling before he makes it final. California judges can reverse their tentative rulings, but rarely do.

About a dozen of the defendants in the case have settled at some point during the long legal process and agreed to post warnings, Metzger said. With some defendants dismissed or affiliated with larger companies about 50 defendants remain.

Among the latest to settle was 7-Eleven, which agreed to pay $900,000. BP West Coast Products, which operates gas station convenience stores, agreed to pay $675,000.

Even at Starbucks shops where the labels are posted, many coffee drinkers are unaware of them.

At one shop in downtown Los Angeles, afternoon coffee drinkers said they might look into the warning or give drinking coffee a second thought, but the cup of joe is likely to win out.

"I just don't think it would stop me," said Jen Bitterman, a digital marketing technologist who drinks three shots on ice two times a day. "I love the taste, I love the ritual, I love the high, the energy, and I think I'm addicted to it."

Darlington Ibekwe, a lawyer in Los Angeles, said a cancer warning would be annoying but wouldn't stop him from treating himself to three lattes a week.