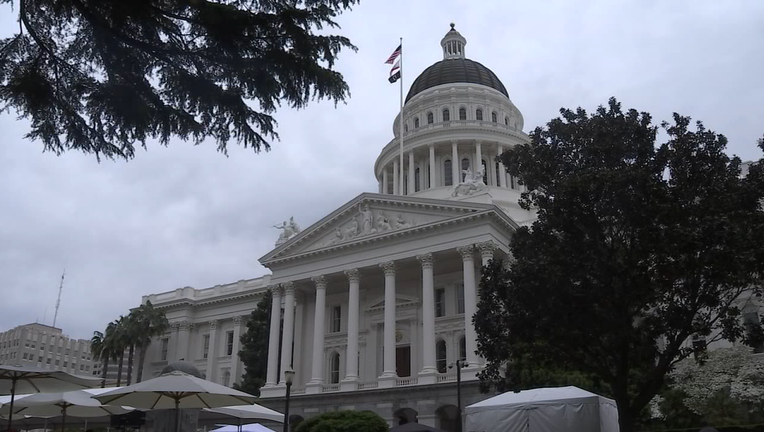 SACRAMENTO - California lawmakers on Wednesday advanced several bills spurred by the coronavirus, including one designed to aid food sector employees and another to stockpile personal protective equipment so the state isn't caught short again.

The Assembly Labor and Employment Committee approved the two Senate bills as state lawmakers race toward an Aug. 31 adjournment deadline in a session shortened by the pandemic.

Democratic Sen. Anthony Portantino of La Cañada Flintridge said his bill expanding paid sick leave for food sector workers, including farm workers, would mean people who are sick "do not have to choose between a proper quarantine and going to work.”

The two weeks of “COVID-19 supplemental paid sick leave” would be in place for as long as there are any local or state emergency declarations.

It would apply to businesses with 500 or more workers. Federal law already has similar requirements for smaller employers.

A second provision would require that food facility employees be allowed to wash their hands every 30 minutes and additionally as needed. That includes agriculture workers and employees of grocery stores, meat packing plants, food processing facilities and food delivery services.

It is opposed by a coalition of employer organizations, including the California Grocers Association and the Western Growers Association. They argued that the requirement should be allowed to lapse after the economy fully reopens, because emergency declarations can last years beyond the most pressing crisis.

Gov. Gavin Newsom previously used his emergency authority to authorize two weeks of paid quarantine leave for food sector workers. The bill would write that into law, and comes as Newsom said he is working with state lawmakers on more financial and health protections for farm workers, grocery clerks and other essential workers affected by the pandemic, many of whom are Latino.

Portantino's office said there have been at least 32,000 reported coronavirus cases and more than 100 deaths among food service workers nationwide. Advocates say many fear skipping work even when they are sick, or can't afford to take unpaid time off.

The committee also advanced a bill that aims to better prepare California for future pandemics.

It would require the state to stockpile a 90-day supply of masks, gloves, gowns and other personal protective equipment to equip all healthcare workers and others deemed essential including those who work in schools, detention facilities and childcare centers.

Hospitals and medical clinics would be required to have their own three-month supply under the bill by Democratic Sen. Richard Pan of Sacramento. The bill also requires that a quarter of all the equipment be made in California.

“It buys valuable time," Pan said. "Think about the panic that happened when COVID-19 came about and you saw health care workers wearing even garbage bags to try to protect themselves.”

California spent well over $1 billion in an early rush to obtain protective equipment. Pan said the state's inadequate and outdated supplies exposed a failure to properly prepare and left the state open to price-gouging.

The California Hospital Association and California Association of Health Facilities were among opponents, saying the bill would force facilities to start buying at high prices while the pandemic continues. Facilities might have to spend $1 million each and rent multiple outside storage spaces to hold 90 days worth of equipment, according to the organization representing skilled nursing facilities and intermediate care facilities for individuals with developmental disabilities.

Both bills now go to the Assembly Appropriations Committee.

Also Wednesday, the Senate Education Committee advanced a bill to the full Senate that would allow high school seniors to get their diplomas even if they were unable to finish their remote classroom work.

“This achievement should not be denied to a student because an unprecedented pandemic interrupted the final few months of that student’s journey,” the bill's author, Democratic Assemblywoman Lorena Gonzalez of San Diego, said in a statement.

She said gaps in digital learning are particularly acute in low-income and minority families.