SANTA ANA, Calif. - Southern California man has pleaded not guilty to charges he obtained $5 million in federal coronavirus-relief loans for phony businesses and then used the money for lavish vacations and to buy a Ferrari, Bentley and Lamborghini, prosecutors said Monday. 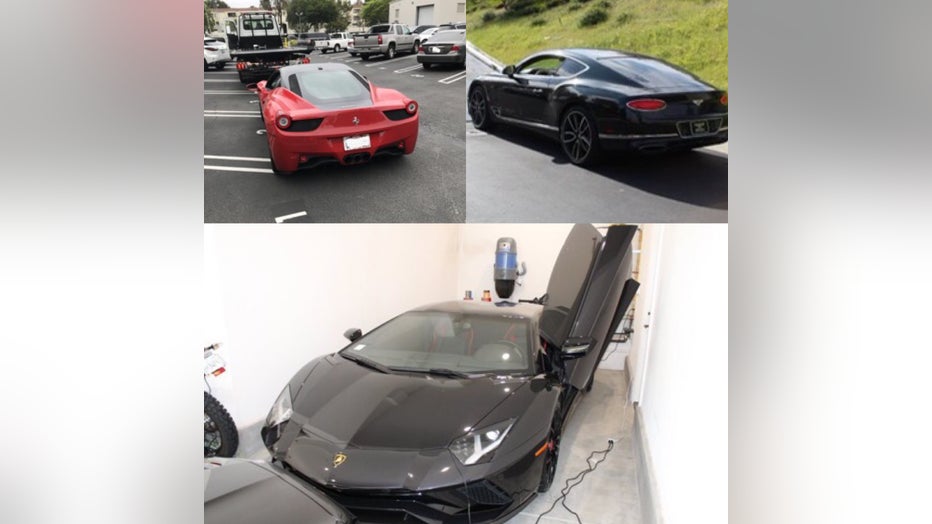 An Orange County man was arrested May 7, 2021, on federal charges alleging he fraudulently obtained approximately $5 million in Payment Protection Program (PPP) loans, which he used to buy a Ferrari, Bentley and Lamborghini. (U.S. Attorney’s Office Central District of California)

Mustafa Qadiri, 38, was arrested last week on suspicion of scheming to defraud the Paycheck Protection Program, which was implemented last year to help small businesses struggling during the COVID-19 pandemic.

Qadiri also used someone else’s name, Social Security number and signature to fraudulently apply for one of the loans, prosecutors said.

He received $5 million in loans that investigators said he used to pay for trips, sports cars and personal expenses.

Federal agents have seized the Ferrari, Bentley and Lamborghini cars that Qadiri purchased, along with about $2 million from his bank accounts, prosecutors said.