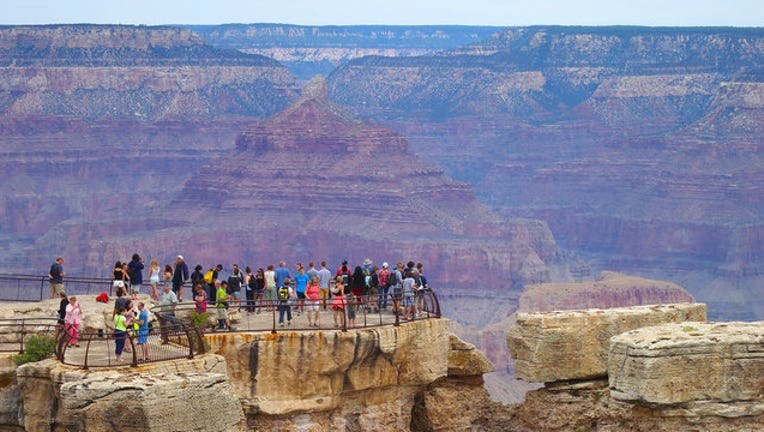 GRAND CANYON NATIONAL PARK, AZ - A California man was the third person to die at the Grand Canyon in a span of eight days, authorities said Thursday.

Park rangers responded shortly before noon Wednesday, after receiving a call that someone had fallen over the rim. Officials said that the man fell roughly 400 feet off the edge at a viewing spot on the South Rim. The park’s helicopter and technical rescue team recovered the body of a 67-year-old California man, according to Reuters. The victim’s name and hometown were not immediately released.

The death was initially ruled an accident, but the National Park Service and the Coconino County Medical Examiner are investigating the death, park officials said.

This was the third confirmed fatality at the attraction in a span of eight days. Two people died at the Grand Canyon late last month in separate incidents. The first death was reported after park officials discovered a body on March 26 in an undeveloped area at the park's South Rim, but not near any overlooks. No other details were released. The second fatality was reported two days later after a man reportedly stumbled over the edge of the rim while trying to take pictures at Grand Canyon West, a popular tourist destination on the Hualapai reservation outside the boundaries of the national park.

Last year, there were 17 fatalities at the Grand Canyon National Park, a spokesperson said.