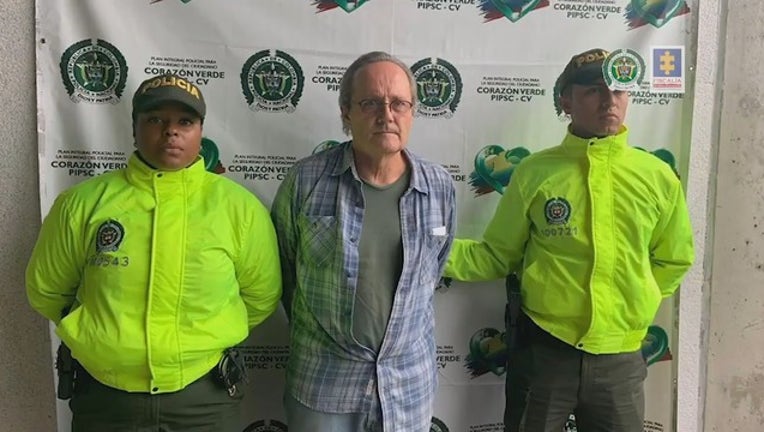 The chief prosecutor's office released a video showing Thomas Renno being handcuffed after arriving to Medellin from San Francisco. March 31, 2019

BOGOTA, Colombia (AP) - Police in Colombia's second-largest city have arrested a California man for allegedly offering cash over Facebook to girls as young as 13 in exchange for sexual acts.

The chief prosecutor's office released Sunday a video showing Thomas Renno being handcuffed after arriving to the city of Medellin from San Francisco. He was making his seventh trip to Colombia since 2017, during which time he is believed to have victimized several minors.

According to investigators, Renno allegedly used three Facebook profiles to contact girls and offer them up to $100 to accede to his propositions. He also used the social network to share explicit photos and pornographic material.

Phone messages left at what is believed to be Renno's home in Fairfax, California were not returned.

Renno had legal residency in Colombia.