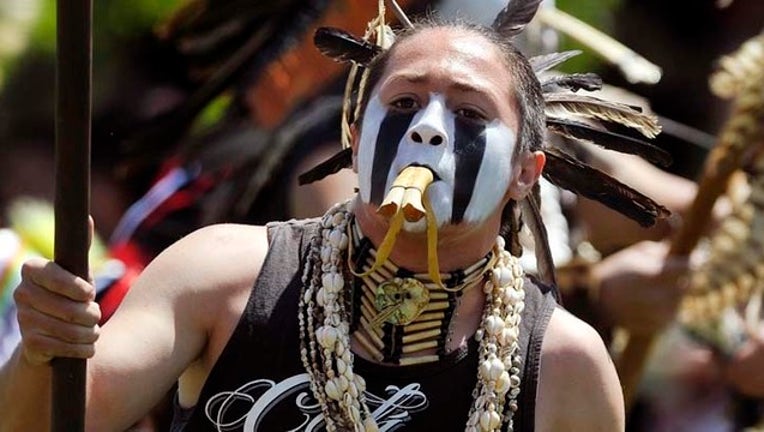 SAN FRANCISCO (AP) — A Native American student who sued his California school district because it refused to let him wear an eagle feather to his high school graduation will be able to wear the sacred item after all.

Attorneys for Christian Titman and officials with Clovis Unified School District reached an agreement that allows him to wear the feather in his hair during the Thursday ceremony and attach it to his cap for the traditional tassel turn, said Rebecca Farmer, a spokeswoman for the American Civil Liberties Union of Northern California, one of the groups representing Titman.

The district confirmed an agreement was reached Tuesday night and said it was "largely consistent" with previous offers made to accommodate Titman, 18. He is a member of the Pit River Tribe, which considers eagle feathers sacred and symbolic of a significant accomplishment.

"It has been our goal from the beginning to find a mutually agreeable solution that honors and respects the culture of our Native American students while affirming our long-standing traditions and standards honoring every one of our graduating seniors," Superintendent Janet Young said in the statement.

Earlier Tuesday, Fresno County Superior Court Judge Donald Black suggested the two parties try to reach a resolution, noting that Titman and the district had raised the possibility that he could wear the feather in his hair, the Fresno Bee reported.

Titman's lawyers said in a lawsuit filed Monday that he wanted to mark his achievement and honor his heritage by attaching the 5-inch feather to the tassel of his cap, but the district had refused. They accused the district of violating Titman's rights to freedom of expression and religion under the state constitution.

"Christian and his family are thrilled that he will be able to wear an eagle feather during graduation" at Clovis High School, about 10 miles northeast of Fresno, Novella Coleman, an attorney with the ACLU of Northern California, said in a statement Wednesday.

In a letter to Titman's attorneys in May, Young said the district had a strict graduation dress code. It previously refused to allow stoles, leis, rosaries and necklaces on graduation caps and gowns, and its dress code is neutral to any religion, Young said.

The issue has come up in other U.S. school districts. Last month, a federal judge in Tulsa, Oklahoma, ruled that an American Indian student couldn't wear an eagle feather on her graduation cap.

Chief U.S. District Judge Gregory Frizzell said the school's policy of prohibiting all decorations on graduation caps did not violate the U.S. Constitution's right to exercise religion freely because it was religion-neutral and applied generally.

Titman's case was different because it was being brought under the California Constitution.