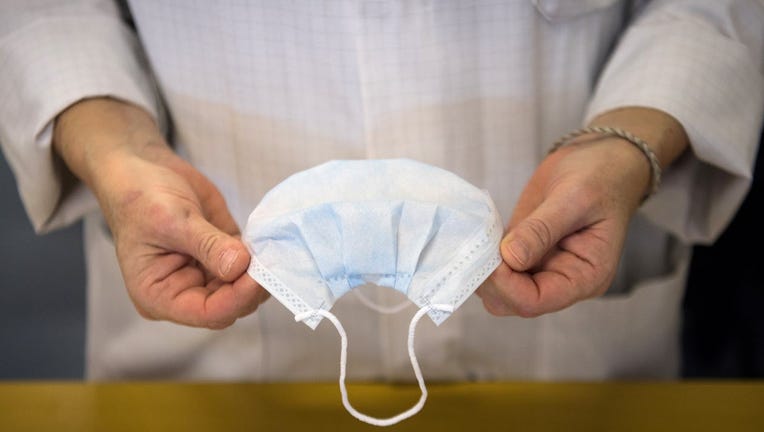 An employee controls health protection masks in a production chain of the Kolmi-Hopen company's factory, on February 1, 2020 (LOIC VENANCE/AFP via Getty Images)

SACRAMENTO - The number of COVID-19 cases in California stood at 554,160 cases Sunday, according to state health department officials.

The California Department of Public Health said in a release that there have been 8,826,119 tests conducted in California, an increase of 118,592 over the prior 24-hour reporting period.

There have been 10,293 COVID-19 deaths in California since the start of the pandemic, the department reported.

The number of infections is thought to be far higher because many people have not been tested, and studies suggest people can be infected with the virus without feeling sick.