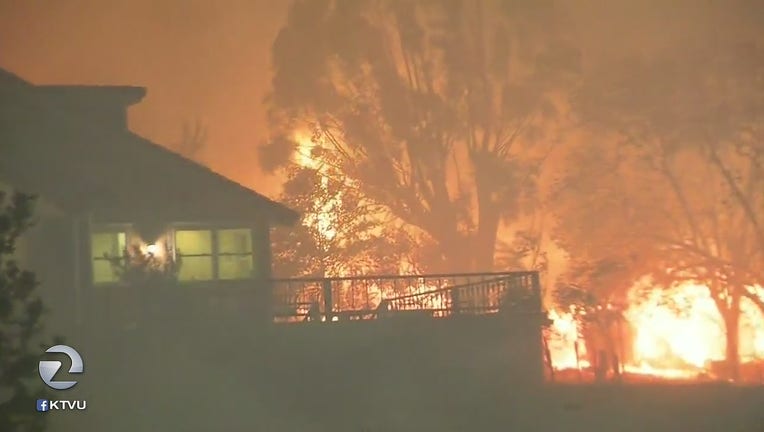 Monday Oct. 21 at 5 p.m. was the deadline for PG&E wildfire victims to file compensation claims.

SANTA ROSA, Calif. - A steady flow of wildfire victims were coming in and out of the PG&E claim center in Santa Rosa Monday. Many were trying to beat the 5 p.m. deadline. Claims filed after 5 p.m. could be denied.

Possibly among them is Ben Stone who lost is home in Coffey Park in the fire two years ago.

Why did he wait until the last minute?

"I really wasn't aware of it. I saw it in the newspaper yesterday and felt I better get on this. They didn't seem to do a lot of promotion that this was available," Stone said.

Stone, like many fire victims, learned his fire insurance won't cover the entire cost to rebuild.

That's why he said he filed a fire claim with PG&E to make up the difference, about $150,000. He has now become one of the utility's creditors in its massive bankruptcy case.

"It was two years ago so it does bring back memories. You have to go forward and keep going," he said.

Under a court order, PG&E has set aside at least $8.5 billion for California wildfire victims, whether the losses  are to homes, businesses, from injuries or even emotional distress.

"My wife and I escaped with nothing but our son, our dog and a duffel bag of clothes," said Jeff Okrepkie. Okrepkie is rebuilding his home in Coffey Park. He also filed a claim. He said his family is still healing.

"There is pain and suffering. My child had nightmares. To this day, we don't know what the long term effects that may have," he said.

In a statement PG&E said:

"PG&E remains focused on doing right by the customers and communities we serve. PG&E believes the chapter 11 process will support the orderly, fair and expeditious resolution of claims, including wildfire claims."

The claim form is three pages and does not mandate victims come up with a monetary damage amount. That can be determined later.

PG&E said it hopes to have the claims resolved over the next few months. It expects to pay victims with legitimate claims by June 2020.