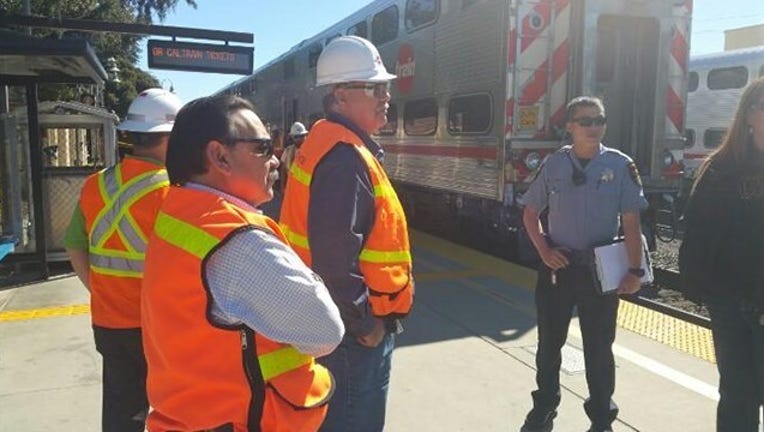 The woman is still alive and has been taken to a hospital for treatment, according to Caltrain officials.

Train service was shut down in both directions. One track was reopened at 12:20 p.m., and full service resumed at 12:45 p.m.

Around 200 people were on the involved train.