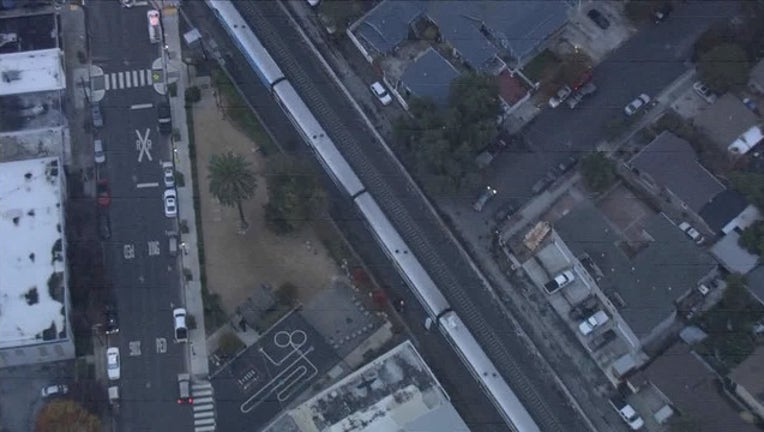 Skyfox above Caltrain tracks in Redwood City where a person was struck and killed by the train.

REDWOOD CITY, Calif. (BCN) - A person died after being struck by a Caltrain vehicle this afternoon in Redwood City, the transit agency reported.

The train was traveling south from San Francisco to Gilroy when it struck the person at 3:59 p.m. on tracks at Main Street grade crossing, according to Caltrain.

Caltrain is currently allowing northbound trains to single-track through the area where the fatality happened, the agency reported at 4:33 p.m.

Emergency responders are on scene and no one on the train has reported being injured. About 450 people were on board.

The agency said this is the 11th Caltrain-related fatality this year.

The San Mateo County Sheriff's Transit Police Bureau, who patrols the Caltrain corridor, is investigating this evening's fatal incident. While it is early in the investigation, they said the incident appears to have been intentional on the pedestrian's part.

Caltrain offered condolences to everyone involved.

KTVU contributed to this story