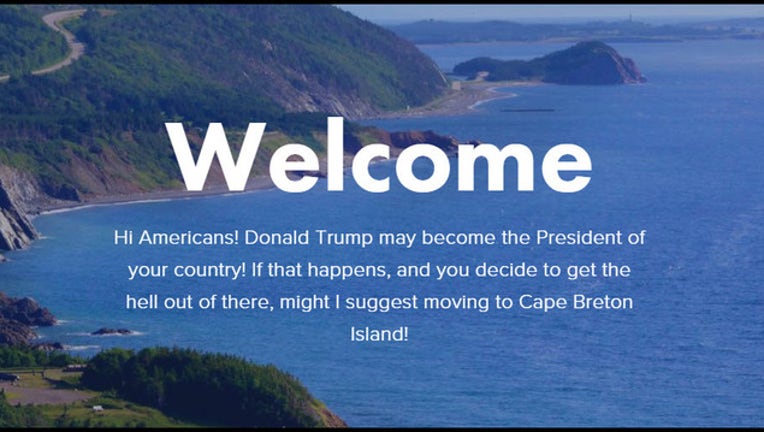 CAPE BRETON ISLAND, Canada - A Canadian Island has started a campaign to lure Americans who may want to move to another Country if Donald Trump becomes President of the United States.

Cape Breton Island is located on the East Coast of Canada and is about the same size as the Hawaiian Big Island.

According to the website cbiftrumpwins.com the island is experiencing a bit of a population problem, despite being ranked in travel magazine's lists of beautiful island.

The site goes on to say "This is not a joke!  See for yourself, you belong here with us on Cape Breton Island, where health care is free, you know your neighbours and they look out for you, and nobody has a hand gun!"