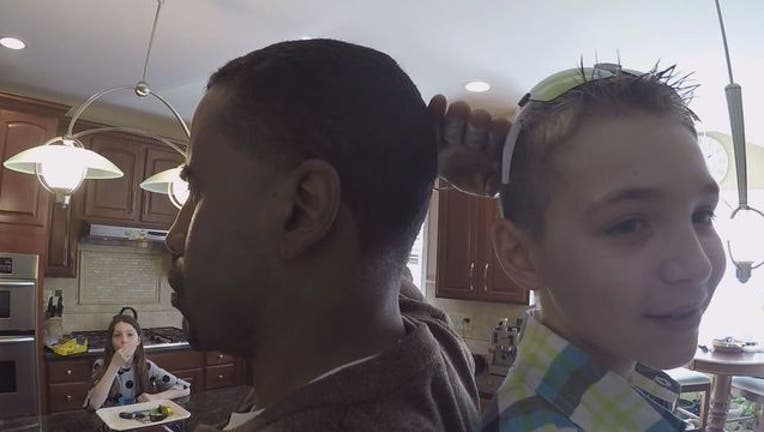 (WTXF) -- A 10-year-old cancer survivor who was bullied because he's short is standing up to his tormentors. The Montgomery County child's message is getting a lot of attention on social media. He's letting those bullies know the very thing that stunted his growth saved his life. In his words, "short is better than dead."

FOX 29 Weekend Anchor Bill Anderson got a look at how the courageous 10-year-old is making the bullies think twice.

10-year-old Dominic Zaffino has been through more in his 10 years than most of us have to deal with in a lifetime. Dominic is a cancer survivor who had to endure 3 years of chemotherapy. So when he was regularly bullied at school for being short, eventually he'd had enough.

One of the many side effects of chemo at such a young age is that it can stunt your growth and Dominic took to Instagram with a message to the bullies; short is better than dead.

Dominic's mom, Gemma, told FOX 29's Bill Anderson that it was hard hearing about her son being bullied especially when she knew what he was going through but she said she's often at a loss for words over how strong he is.

Dominic said he posted on Instagram so that other people being bullied would know it's OK to stand up for themselves and several celebrities like Philly's own Questlove of the Roots have offered their support.

Physically Dom is doing better but he hopes people will think before they criticize people when they don't know their challenges. He stood tall against cancer and bullying.