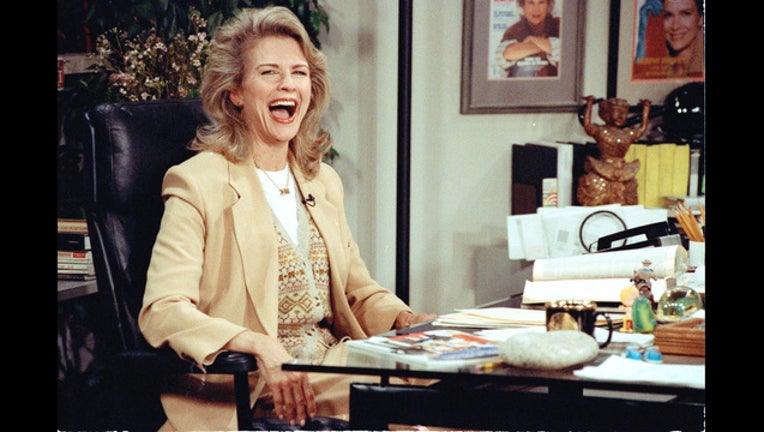 Candice Bergen, who plays the role of a single parent on the television comedy series "Murphy Brown," relaxes on the set of her Emmy-winning show during a live broadcast of the CBS "This Morning" show, Sept. 21, 1992. (AP Photo/Chris Martinez)

LOS ANGELES (AP) -- Candice Bergen is returning to TV in a revival of "Murphy Brown," the agenda-setting 20th-century comedy.

CBS said in a Wednesday announcement that it's ordered 13 episodes of the sitcom for its 2018-19 season.

Diane English created the original series that starred Bergen as a hard-charging TV journalist. English is back as writer and executive producer for the reboot.

CBS suggested the show is ready for to embrace the current zeitgeist.

"As its 30th anniversary approaches, `Murphy Brown' returns to a world of cable news, social media, fake news and a very different political and cultural climate," the network said in a statement.

Bergen, who won multiple lead-actress Emmys for the original, will be an executive producer, CBS says. The 71-year-old actress will be reprising her role, while other casting wasn't announced.

The series addressed hot-button social and political issues, drawing applause and the ire of critics including then-Vice President Dan Quayle. It ran for 10 seasons from 1988 to 1998.

"Murphy Brown" became a focal point during the 1992 George H.W. Bush-Bill Clinton presidential campaign when Quayle criticized a plot line that had the unmarried Brown having a child. He said it damaged family values.

When Bergen won her second Emmy for the role that year, she jokingly thanked Quayle and "the members of the cultural elite."

Bergen won five Emmys for the role, finally taking herself out of the running to in 1996 give other actresses a chance. Overall, "Murphy Brown" captured a total of 18 trophies.

In the final season, a story line about Brown's breast cancer revived attention to the show as its ratings fell. In one episode, Bergen's character smoked marijuana to ease the pain of chemotherapy, a move both praised and condemned.

In a 1988 interview with The Associated Press, the Oscar-nominated Bergen ("Starting Over," 1980) said seeing the first script about an aggressive TV reporter fresh out of alcohol and nicotine rehab persuaded her to take the job.

"I wasn't quite ready to do a television series, but then there were whispers about this pilot script," Bergen said, with people telling her, "`You know there's this pilot script that's as if it's been written for you."'

Robert Pastorelli, who played Eldin the housepainter, died in 2004.