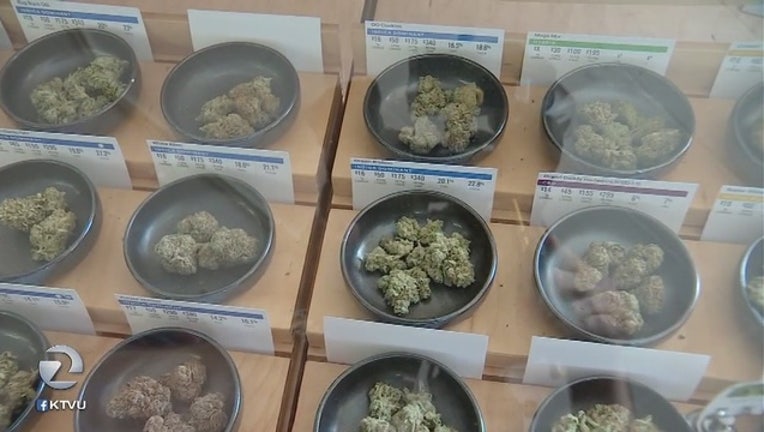 OAKLAND, Calif. - Oakland's cannabis businesses want more police protection after
two workers were shot, one fatally, and industry advocates said Wednesday that police are starting to step up but need to do more.

One employee was killed and another wounded late Friday night
inside a business in the 500 block of Julie Ann Way, near I-880 northwest of the Oakland Coliseum.

Anthony said he thinks police are working on that, but OCEP
leaders demanded on Tuesday that the Oakland Police Department also create a cannabis section that would track crimes against cannabis businesses, alert them as needed and have the staff and intelligence resources required to predict and prevent robberies of cannabis businesses.

Anthony said many have been subjected to armed robberies in which cash, plants and cannabis inventory are taken. He said Friday's shooting was a robbery but was unlike many others.

He said many cannabis businesses were among the 200 Oakland
businesses that police said were robbed from May 29 to June 3 during protests.

Police said they do not provide site security for cannabis
businesses, but they will do a security review for a company.

In what Anthony said was a video of the shooting that was posted
on Instagram, a man appears to shoot a woman, then enter the business and then leave. Police would not say whether the assailant in Friday's shooting took anything with him from the business that was targeted.