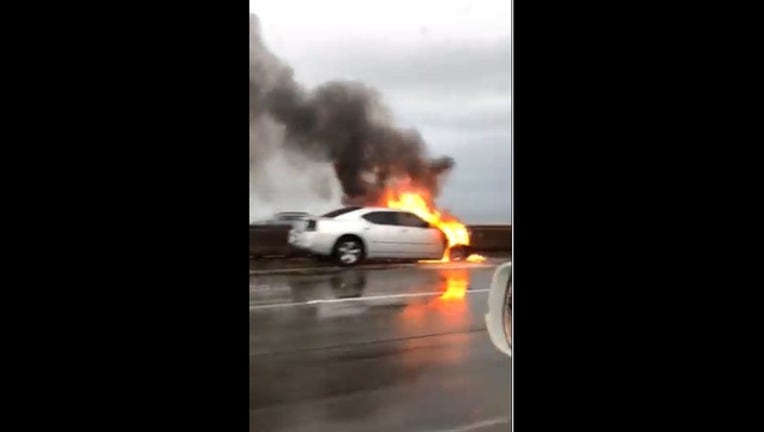 The accident was first reported shortly after 4 p.m. CHP Redwood City says it was a two vehicle crash with no injuries that resulted in a car catching fire.

Motorists are advised to expect delays and to use alternate routes to avoid the area. Just before 6:30 p.m., all lanes were reopened.