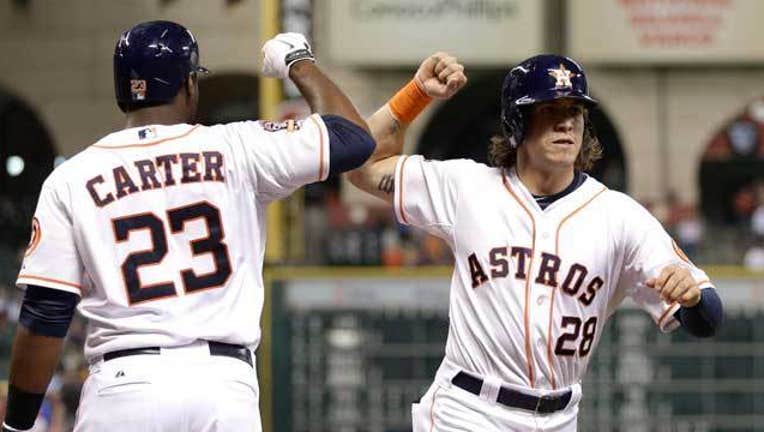 Carter hit his homer off the facade in left in the second to give Houston a 2-0 lead, and Rasmus launched his homer to right in the eighth to extend the Astros' advantage to 5-2.

Roberto Hernandez (2-3) gave up two runs and seven hits with three strikeouts for his first win in four starts. He has gone at least six innings in each of his last seven starts.

Pat Neshek got the final out for his first save.

Houston (26-14) has the best record in the American League and is off to its best start in franchise history through 40 games.