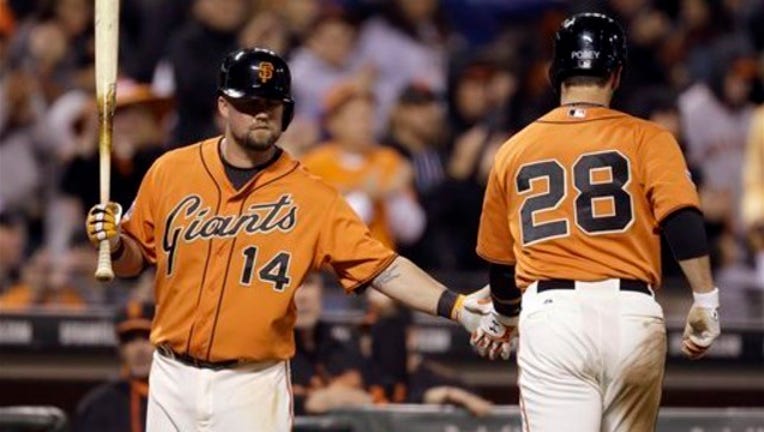 Lincecum (3-2) ran his scoreless innings streak to 15 to win back-to-back starts for the first time this season. He struck out Giancarlo Stanton with the bases loaded to end the fifth, sparking the two-time NL Cy Young Award winner to pump his right arm in triumph and yell. He then pitched a 1-2-3 sixth before giving way to Yusmeiro Petit.

Brandon Belt doubled among his season-high four hits as San Francisco bounced back from a 7-2 loss in the opener. He raised his average 34 points to .308.

McGehee came into the game batting just .178, was hitless in his previous eight at-bats and 8 for 56 with only one RBI in his previous 18 games. The third baseman's struggles prompted manager Bruce Bochy to give him a mental break this week as Matt Duffy did well in his spot.