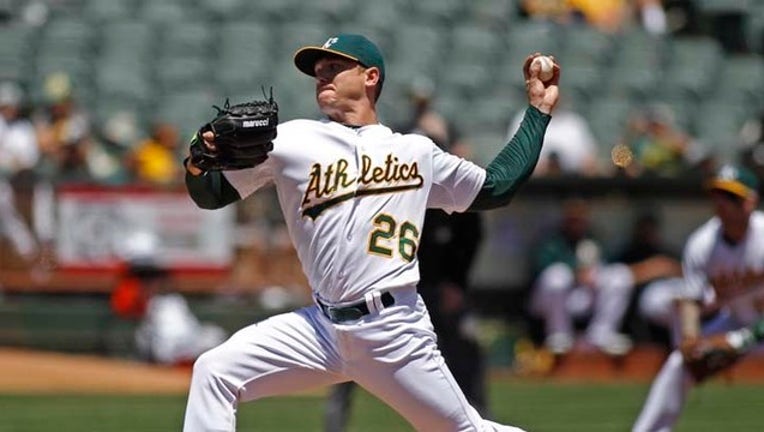 OAKLAND, Calif. (AP) — Yoenis Cespedes homered with two outs in the fifth inning to break a scoreless tie against his former team and six Detroit pitchers combined on an six-hitter to lead the Tigers to a 3-2 win over the Oakland Athletics on Wednesday.

Cespedes hit a three-run home run off Oakland reliever Dan Otero (2-3) after Ian Kinsler doubled to end an 0-for-22 drought and Miguel Cabrera was intentionally walked.

The Cuban slugger's sixth home run of the season was his first at the Coliseum since being traded from the A's to the Boston Red Sox on July 31 in exchange for pitcher Jon Lester. Cespedes, who was later dealt to the Tigers in the offseason, hadn't been back to Oakland since then and was 2 for 7 with three walks in the series before hitting a 2-2 pitch over the left field wall.