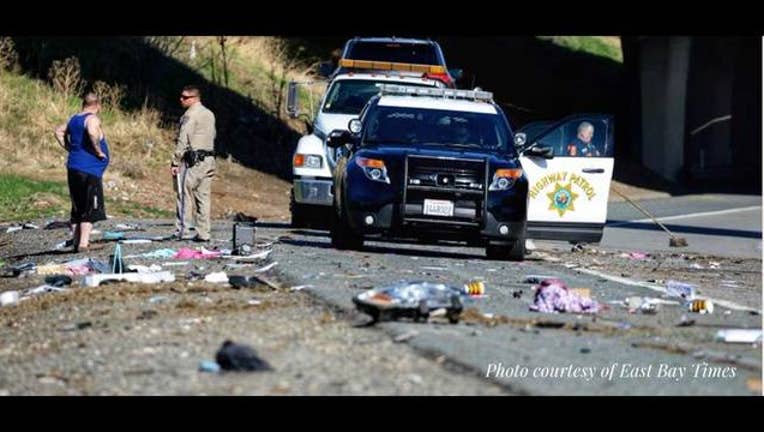 These were followed by more calls reporting a rollover collision involving the same vehicle in the same area, CHP officials said.

CHP officers arrived on the scene and began an investigation. They determined that the solo driver, a 35-year-old woman from Martinez, had allegedly been driving the Explorer from northbound Highway 680 to Highway 242 at speeds over 100 mph.

According to CHP officials, just before her vehicle reached state Highway 4, it veered left across Highway 242, went into the center median, overturned and rolled into oncoming southbound traffic.

CHP officials have not yet released her name.

The area of the collision on Highway 242 was shut down for about 80 minutes, CHP officials said.

The collision remains under investigation and anyone who witnessed it is asked to contact CHP Officer Mendoza at (925) 646-4980.