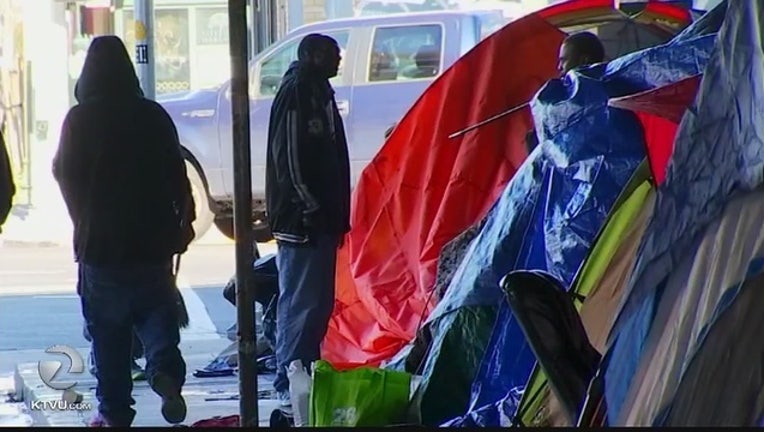 SAN RAFAEL (BCN)-- Homelessness is down overall in Marin County but chronic homelessness is up, according to the results of a Point-in-Time count in January.

The report by the Marin County Department of Health and Human Services shows the number of sheltered and unsheltered homeless in people decreased from 1,309 in 2015 to 1,117 on Jan. 27 this year. Thirty-seven
percent were sheltered and 63 percent were not.

The numbers include incorporated and unincorporated areas of the county, anchor-outs in Richardson Bay and those rotating shelter.

About two-thirds of the homeless people in 2017 said rental assistance or more affordable housing is needed to obtain housing.

The median price of a single-family home in Marin County was $1.25 million, and the median price of all homes, including new, re-sales and condos, was $1.32 million in May 2017 - nearly 17 percent higher than 2016's
figures, according to CoreLogic, a real estate research firm based in Irvine.

The average rent of an apartment in Marin County is currently $2,640, according to a survey by MarinApartments.com. of 5,800 apartments within 42 different large complexes. The current vacancy rate is 2.9 percent.