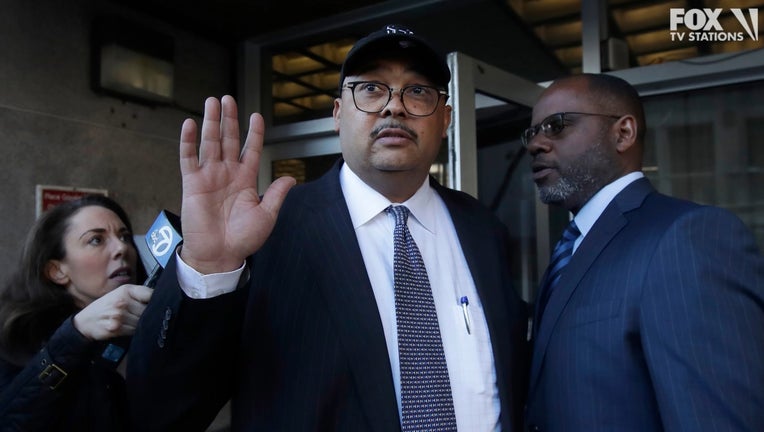 SAN FRANCISCO - San Francisco City Attorney Dennis Herrera and City Controller Ben Rosenfield on Monday released a preliminary assessment report on contracts with the city's Department of Public Works, recommending ways the agency can improve transparency in the face of a corruption scandal.

The report, which is the first in a series of upcoming
assessments, comes as six people, including former Public Works Director Mohammed Nuru, restauranteur Nick Bovis, former Mayor's Office of Neighborhood Services Director Sandra Zuniga, and contractors Walter Wong, Balmore Hernandez and Florence Kong, have now been charged in federal court in connection with misconduct and a series of money laundering schemes.

According to the preliminary assessment, between July 2017 and
March 2020, Public Works awarded 366 contracts worth a total of $1.4 billion.

The assessment also found that "citywide laws, guidance,
requirements and monitoring processes need improvement to reduce risks of fraud and abuse in the citywide contracting process."

Furthermore, oversight of the city's contract procurement process
"has significant gaps that should be closed to ensure adequate citywide monitoring."

In a statement, Mayor London Breed responded to the assessment, saying, "I am committed to doing the work to strengthen oversight and accountability in all our departments to prevent future wrongdoing and corruption."

Starting today, Breed said the city will take immediate action by
implementing the reforms recommended by Rosenfield and Herrera.

"If we can take executive action, we will do so immediately. If we
need to pass laws, we will work with the Board of Supervisors to do so. To that end, I am rescinding the delegation of authority that was granted to the Director of Public Works in 211, relating to various approval of contracting actions, as recommended in this initial report," she said.

"I know these are the first in a series of recommendations, and we
need to continue to identify problematic issues that erode public trust across our city. We have work to do, but we will do that work. Our residents and city workers deserve nothing less," she said.

As part of Herrera and Rosenfield's investigation into public
corruption, so far 10 subpoenas have been issued to organizations suspected of being involved in a scheme to funnel donations through a nonprofit to fund city programs and events, including a Public Works holiday party.

Additionally, 14 subpoenas have been issued, focusing on a project at 555 Fulton St. and on contractor Walter Wong.

Furthermore, the investigation has resulted the cancellation of a
portable toilet contract with a company tied to Bovis, worth $171,000.