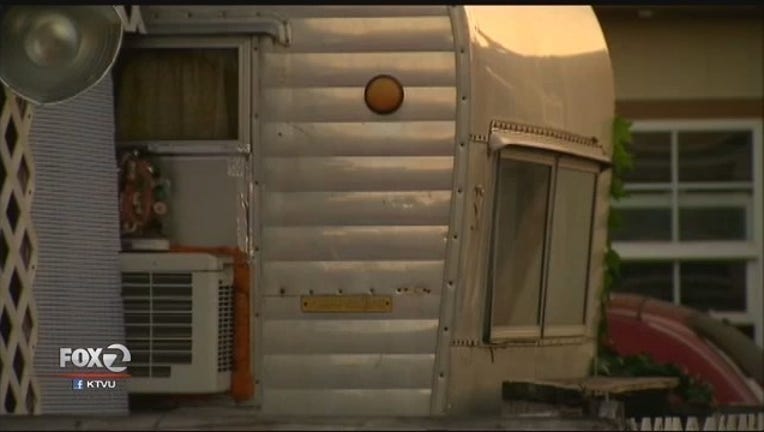 Friday, residents at Buena Vista Mobile Home Park, who've been fighting to save their complex from development, got a small piece of good news from the city.

The Palo Alto city manager announced plans to earmark $8 million to help save the park or find an alternative housing option.

Buena Vista is the only mobile home park in Palo Alto. It's one of few affordable options in a city where monthly rents average well over $3,000 a month.

But the owner of the park has been trying to sell. Last September, a hearing officer ruled he'd offered reasonable relocation assistance to the families who'd be displaced.

The residents are now trying to appeal that decision before the city council.

The city manager announced plans to earmark $8 million to help preserve the mobile home park or find alternative housing. Santa Clara County has committed the same amount. A city spokesperson said the hope is a non-profit or another group will also pitch in to help.

"There's 400 residents (and about) 120 families. The kids go to the Palo Alto schools. They are a part of our community," said Claudia Keith, spokesperson, City of Palo Alto. "We do lack a lot of affordable housing in Palo Alto."

For resident Erica Escalante, any bit of good news is a step in the right direction.

Escalante has lived at the Buena Vista Mobile Home Park for nearly 16 years. It's easy for her to visit her parents, since they, along with much of her extended family, live in other units within the same complex.

"We're very close as a family and as a community. We depend on each other -- like my parents take my son to school and pick him up and stuff," said Escalante.

Another resident, Mary Kear, has called the park home for more than a decade. She said she's especially worried since she got hurt on the job last year, and is barely squeezing by on a reduced income right now.

"I was a single parent raised my daughter by myself. I've always been on my own," said Kear. "It's scarier because it's almost to the place I won't be able to take care of myself."

They said it's been difficult living in limbo, uncertain about whether her mobile home park would be sold to make way for condominiums.

Margaret Ecker Nanda, an attorney representing the Jisser family who owns the property, said via email:

"The City can and should build affordable housing for the residents of Buena Vista and others who want to live in Palo Alto but cannot afford market rate rents within the City. The City's decision in this regard has no bearing on the merits of the decision of the Hearing Officer, chosen by the City Attorney, who found the Park Owner had in fact offered reasonable mitigation assistance to the residents of Buena Vista and could therefore close the park. It is the Hearing Officer's decision which is the subject of the appeal to the City Council. The willingness of the Park Owner to sell the Park to the residents or to any government or non-profit housing provider is not before the City Council. Efforts such as those of the City Manager to direct the Council's attention away from the issue of whether the Hearing Officer's opinion should be upheld are prejudicial to the Park Owner. The Park Owner has the constitutional right, like every other property owner in Palo Alto to sell the property to whomever it wants, at a price it finds acceptable, and at a time it decides is advantageous to sell it."

Keith said the council still needs to make a decision on if, when and how to use the $8 million that's been earmarked. She also said before that can happen, the appeal process must be completed.

The residents are set to make their case before city council April 13.