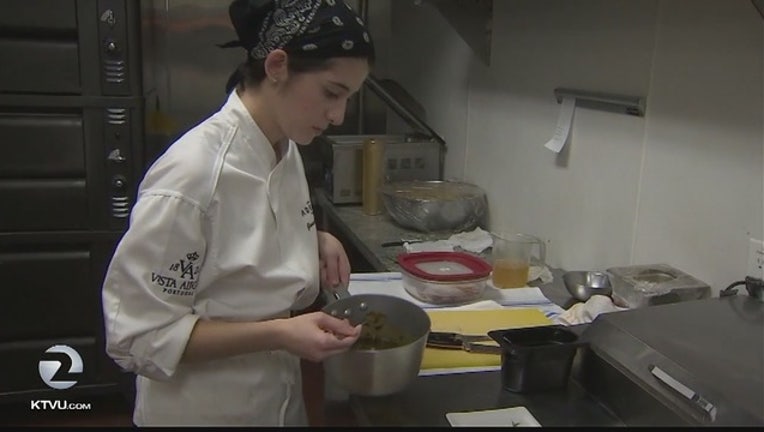 The ordinance is the first of its kind in the country, said Ben Field, executive officer of South Bay AFL-CIO Labor Council.

"It's a matter of basic fairness," Field said.

Workers, union leaders and city councilmembers who supported the ordinance held a news conference outside City Hall this afternoon to celebrate the first day of the ordinance being in effect.

Of the 60,000 businesses registered in the city, only about 1,200 will be affected by the ordinance, according to Walter Wilson, owner of the Minority Business Consortium.

Businesses can also apply for a hardship exemption if the work is unpredictable, requires a specialized skill or for some reason requires employees to be on call.

On average, women who work on an hourly basis are given fewer hours than men, and 44 percent of part-time workers are raising children, Arenas said. More than half are low-income.

The Silicon Valley Organization issued a statement on its website informing local businesses of how to comply with the new rules, but also provided a link to its Oct. 30 statement opposing the ordinance.

SVO cited the risk of lawsuits against employers, the loss of a flexible workforce and rigid scheduling practices as issues with the new ordinance.

The city's Office of Equality Assurance will fine businesses that violate the ordinance, but will not issue penalties for a first violation.