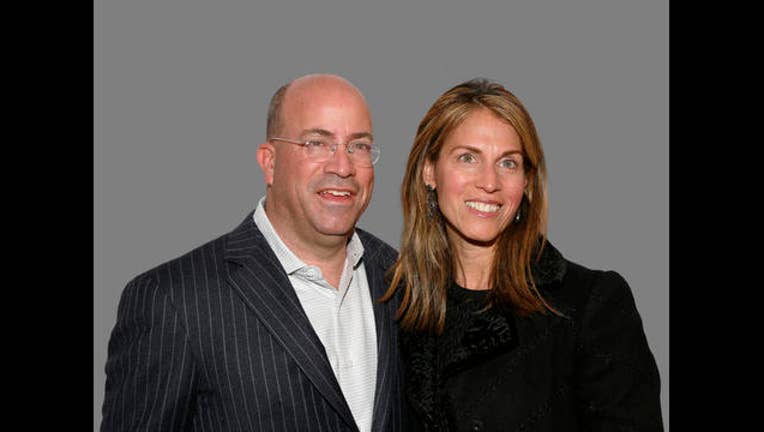 NEW YORK (AP) -- CNN chief Jeff Zucker says the level of threats faced by his journalists is more serious than people realize and he lays the blame squarely at the feet of President Donald Trump and other politicians he says try to delegitimize the press.

Zucker called it "unconscionable and dangerous and they should know better."

CNN has frequently been the target of Trump's complaints about "fake news." Anti-CNN chants were heard from the audience at some of Trump's campaign rallies last year. It didn't involve CNN, but recently elected Montana congressman Greg Gianforte pleaded guilty to body-slamming a newspaper reporter who had asked him a question the night before his special election victory.

"This is what happens when you try to delegitimize an institution that is trying to do its job," Zucker said on Thursday. "It is shameful on the part of the administration and other politicians to cause a frenzy against something that is guaranteed in the Constitution of the United States. It does a disservice to this country and its position in the world and allows a heightened sense of rhetoric against journalists and media organizations."

The White House did not immediately respond to a request for comment.

Zucker, president of CNN Worldwide, said he was reluctant to talk publicly about the concerns but that "we've been dealing with this in a very real and heightened way over the last 18 months."
The Committee to Protect Journalists said it is concerned that public criticism and attacks have "created a threatening environment for journalists," said Carlos Lauria, CPJ's senior program coordinator for the Americas. The organization is in the process of documenting incidents in the U.S., he said.

CNN and Trump have had a complicated relationship; the network was criticized in the early stages of last year's campaign for giving Trump too much airtime, and the network still gets heat for some of the pro-Trump commentators it employs, like Jeffrey Lord. Zucker has consistently defended the importance of having people on the air who reflect Trump's point of view.

Zucker and Trump have a personal history, too. He was head of NBC Universal when Trump became one of NBC's biggest stars on "The Apprentice." Zucker said he hasn't spoken with Trump since he became president.

Meanwhile, he notes that CNN has yet to score a sit-down interview with the president and said he's willing to do so at any time.

Zucker also said CNN will continue to air the White House press briefings that were a staple of cable networks' early afternoon programming in the first weeks of the Trump administration, even though they've become less frequent, shorter and -- some critics have noted -- less informative.

"There is value in shining a light on what the president's spokesperson says," Zucker said. "There is news value in the unwillingness or inability to answer questions."